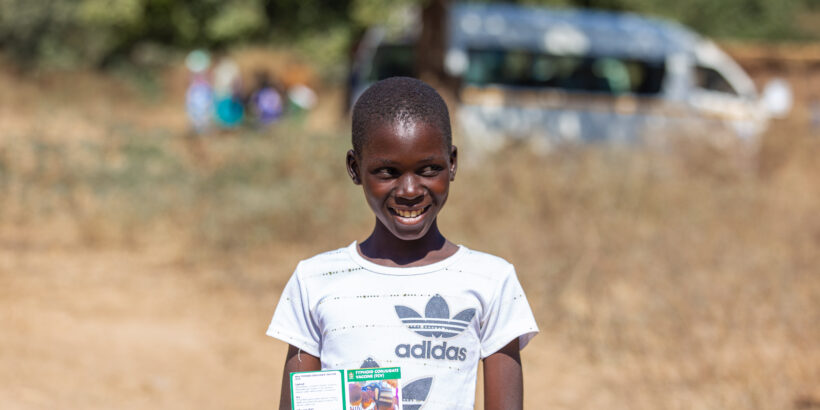 For an increasing number of communities, typhoid is a real and dangerous threat. Symptoms can last for weeks or months, keeping children out of school and preventing families from earning income. Without treatment, up to 13% of typhoid cases can be fatal. For the last several decades, however, we have had treatment. Antibiotics quickly and effectively eliminate Salmonella Typhi, the bacteria that causes typhoid. Today, thanks to these drugs, less than 1% of cases end in death.

However, due to myriad reasons, typhoid bacteria are evolving to become resistant to antibiotics. Drug-resistant typhoid is an increasing threat in many regions around the world. Salmonella Typhi is also evolving resistance to multiple antibiotics. An extensively drug-resistant (XDR) typhoid strain that emerged in Pakistan in 2016 is now responsible for most new typhoid cases in the country and has been detected in travelers around the world. XDR typhoid can still be effectively treated with one oral antibiotic―azithromycin. However, resistance to this drug is now spreading rapidly across other parts of South Asia.

Thankfully, we may have another way out: typhoid conjugate vaccines (TCVs). A new study led by the Yale School of Public Health highlights the key role of TCVs in curbing the detrimental effects of drug-resistant typhoid—not only in stopping transmission of the drug-resistant pathogens, but also in slowing the evolution of further drug resistance.

The study’s model looked at implementing routine use of TCVs with a catch-up vaccination campaign for children up to 15 years of age in 73 currently and previously Gavi-eligible countries. The model predicts that over 10 years, TCVs will prevent 66.7 million cases and 826,000 deaths due to typhoid. More than 80% of prevented cases and deaths would be from drug-resistant typhoid.

The reason for this reduction is that chronic carriers―who may have been first infected with the bacteria years ago when drug resistance was less common―are much less likely to be infected with a resistant strain. After TCV introduction, chronic carriers account for a greater share of overall transmission since there are fewer new acute cases. As a result, the prevalence of drug resistance should decrease.

Most drug-resistant typhoid cases can be averted through TCV introduction

We know from several vaccine efficacy studies, including recent data from Bangladesh, Malawi, and Nepal, that TCVs work and are available now with Gavi support. As typhoid treatment becomes more elusive and expensive, prevention is key. With drug-resistant typhoid becoming widespread globally, investing in TCVs now will help all countries avoid the risk of untreatable typhoid in the future.

Photo: A child with her vaccination card after receiving TCV during the introduction campaign in Zimbabwe. PATH/Kundzai Tinago.