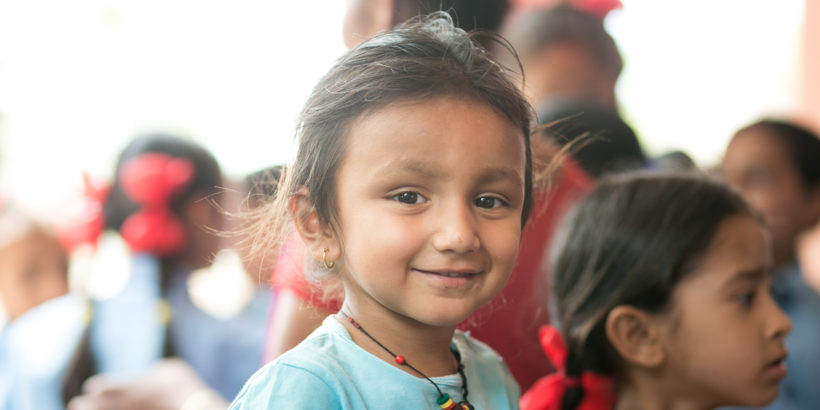 Although the global burden of typhoid remains high, it has often been overlooked as a health priority. Growing concerns about drug resistance, climate change, and rapid urbanization underscore the urgency to address typhoid, and beginning in 2017, new global policies have been put into place to help countries prioritize effective and efficient typhoid prevention and control.

In 2003, the World Health Organization (WHO) published Background Document: The Diagnosis, Treatment and Prevention of Typhoid Fever. Although this report is not formal policy guidance, it outlines key prevention tools—including safe water, food safety, sanitation, and health education, alongside vaccines—as elements of a comprehensive prevention approach. The report identifies appropriate antibiotics as the proper course of treatment for typhoid. It also acknowledges antibiotic resistance as a growing issue. WHO partners with national governments during an outbreak to set forth specific guidelines to curb escalation.

Following a careful review of available information and data on typhoid conjugate vaccines (TCVs) in October 2017, the Strategic Advisory Group of Experts (SAGE) on Immunization, an advisory body to WHO, recommended TCVs for routine use in infants and children older than six months of age in typhoid-endemic countries. They also recommended prioritizing TCV introduction in countries with the highest burden of disease and/or a growing burden of drug-resistant typhoid, and in response to confirmed outbreaks.

In December 2017, WHO prequalified the first TCV, Typbar TCV®, signifying that the vaccine meets international standards for quality, safety, and efficacy, and allowing UN agencies, including UNICEF and Gavi, the Vaccine Alliance, to procure the vaccine for use in low- and middle-income countries. In December 2020, WHO prequalified a second TCV, TYPHIBEV, increasing vaccine options and supply available to countries.

WHO position papers on typhoid

In March 2018, WHO published a new position paper, which replaced their previous 2008 position paper, formally recommending preferential programmatic use of prequalified TCV for all ages “in view of its improved immunological properties, suitability for use in younger children and expected longer duration of protection.” WHO also recommends prioritizing the introduction of TCV in countries with the highest burden of typhoid and/or a high burden of drug-resistant typhoid. The position paper reemphasizes the importance of an integrated approach to typhoid prevention and control. It recommends using vaccines alongside improvements in water, sanitation, and hygiene interventions.

Countries may also consider the routine use of the older WHO-recommended vaccines. These include the Vi polylsaccharide (ViPS) vaccine for individuals aged 2 years and older and the Ty21a vaccine for individuals 6 years and older. However, the costs, programmatic issues, and duration of protection should be considered. Neither of these vaccines have been widely used in routine immunization programs in endemic countries. Additionally, neither the ViPS nor the Ty21a vaccine is eligible for support from Gavi.

The Global Advisory Committee on Vaccine Safety (GACVS) is an independent expert body that advises WHO. In December 2018, GACVS reviewed new data on more than 340,000 children and adolescents vaccinated in TCV introduction studies in Bangladesh, India, Malawi, Nepal, and Pakistan. GACVS confirmed that Typbar TCV is safe for widespread introduction. As additional data become available, GACVS will continue to review the information and update its reports.

Every five years, Gavi develops its Vaccine Investment Strategy (VIS). This strategy determines which vaccines will be available through Gavi’s support programs. In 2008, Gavi prioritized typhoid vaccines for inclusion in the VIS. However, since polysaccharide typhoid vaccines are not suitable for infants and TCVs were on the horizon, Gavi made no financial commitment at that time.

Following the SAGE recommendation for TCVs, in November 2017, the Gavi Board approved US$85 million in funding to support TCV introduction in Gavi-eligible countries. Applications for country support opened in 2018.

Pakistan became the first country to introduce TCV into its routine immunization program in November 2019. Nearly 10 million children received TCV during a 3-week campaign in Sindh, followed by routine immunization for children at 9 months of age. Pakistan will continue its phased introduction of TCV by province until the vaccine is available nationally.