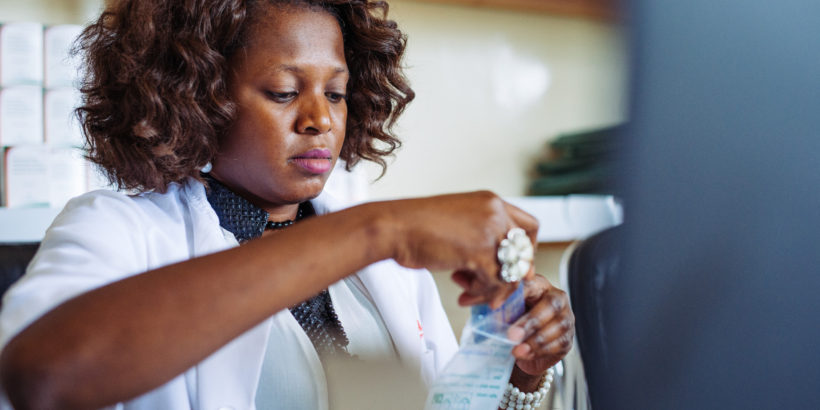 Vaccines and safe water, sanitation, and hygiene (WASH) interventions prevent not only typhoid, but a multitude of other diseases as well. Health workers and advocates often work to combat many different diseases at the same time, underscoring the importance of how other diseases, issues, and interventions relate to typhoid prevention and treatment.

Typhoid, caused by the bacterium Salmonella enterica serovar Typhi, is closely related to a similar disease called paratyphoid, caused by Salmonella enterica serovar Paratyphi A, B, or C. Akin to typhoid, paratyphoid is passed to humans or animals through water and food contamination. The Global Burden of Disease Study estimates that paratyphoid caused nearly 3.8 million cases and more than 23,000 deaths in 2019. Currently there are no vaccines available to prevent paratyphoid, although there are conjugate vaccine candidates under development for paratyphoid alone as well as combination vaccine candidates for typhoid and paratyphoid. Additionally, improvements in WASH help prevent both typhoid and paratyphoid as well as other waterborne diseases.

Another related illness is caused by different, nontyphoidal Salmonella enterica strains. These strains are a leading cause of invasive nontyphoidal Salmonella (iNTS) disease, a leading cause of bacterial diarrhea worldwide. According to Global Burden of Disease Study estimates, iNTS disease caused approximately 594,000 cases and 79,000 deaths globally in 2019. In particular, iNTS disease is a major cause of bloodstream infection in sub-Saharan Africa among young children suffering from malaria and malnutrition, as well as among HIV-positive adults. Much like typhoid and paratyphoid, those with iNTS disease do not have distinctive symptoms, making proper diagnosis and treatment a challenge. Currently, there are no vaccines for iNTS disease, but research for a broad-spectrum iNTS vaccine is under way.

Diarrhea and other enteric illnesses

Typhoid, paratyphoid, and iNTS disease are known as enteric illnesses because they are caused by an intestinal infection. Other enteric illnesses include polio and diarrheal disease—which can be caused by rotavirus, Shigella, enterotoxigenic Escherichia coli, cholera, and a number of other pathogens. All enteric pathogens enter the body through the mouth via contaminated food, water, or hands. Because these diseases are spread in the same way, they share many of the same tools for prevention, including vaccines, exclusive breastfeeding and proper nutrition, and improvements in WASH. By integrating typhoid prevention and control with efforts to take on diarrheal disease and other enteric and childhood diseases, we can multiply our impact on child health.

Along with related illnesses and prevention and treatment interventions, efforts to take on typhoid are also impacted by various—and closely related—economic, demographic, sociological and ecological trends, including rapid urbanization, forced migration, and climate change. Notably, the United Nation’s 2030 Agenda for Sustainable Development and the 17 Sustainable Development Goals that it outlines, look to address these cross-cutting issues in a comprehensive and globally-coordinated way recognizing that alleviating poverty must go hand-in-hand with strategies that improve health and education, reduce inequality, protect the environment, and spur economic growth.