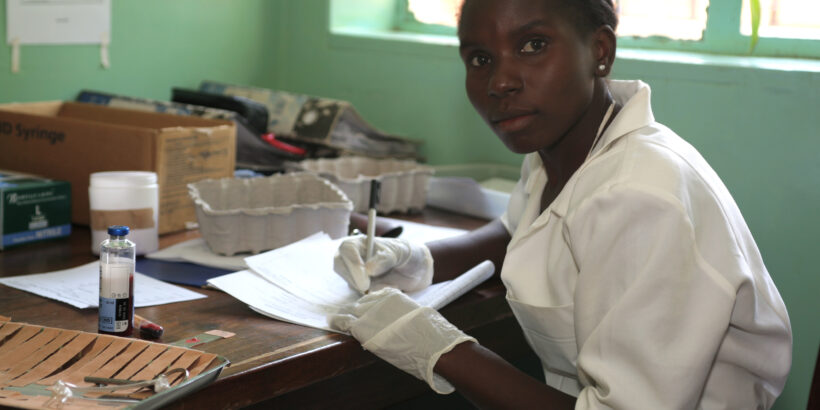 Typhoid causes more than 9 million cases and more than 110,000 deaths each year. Most of this burden is concentrated in areas of South and Southeast Asia and sub-Saharan Africa where sanitation infrastructure is limited. However, experts have long considered these numbers an underestimate of the true burden.

To gain a more in-depth perspective on the burden of typhoid in endemic areas, the Strategic Typhoid Alliance across Africa and Asia (STRATAA) conducted a prospective typhoid surveillance study in three densely populated urban sites in Dhaka, Bangladesh; Blantyre, Malawi; and Lalitpur, Nepal. These three high-burden sites have conducted other typhoid surveillance studies in the past decade. They are also the sites for three of TyVAC’s typhoid conjugate vaccine (TCV) efficacy studies.

The high burden of typhoid and drug resistance found by STRATAA in Bangladesh, Malawi, and Nepal provides compelling evidence to support decision-making for TCV introduction in these countries. These data reveal typhoid as a significant source of disease, with true incidence rates likely much higher than previously thought.

Tracking down typhoid from multiple angles

To conduct the study, the STRATAA team first established baseline populations of approximately 100,000 people per site by demographic census. The team then tracked typhoid cases within these populations for two years using several mechanisms. First, the study team recruited patients presenting to healthcare facilities with high fever (known as passive surveillance). After presenting to the healthcare facility, all cases were confirmed by blood culture testing.

Second, the team conducted blood tests, three months apart, for typhoid antibodies from healthy people in the community. These tests estimated levels of background infection – a method known as serological surveillance or serosurveys. If an individual’s blood test found a rise in typhoid antibodies, the team considered this a proxy measure of infection. Because many typhoid cases may be mild or asymptomatic, the antibody testing sought to provide a more comprehensive picture of the true spread of typhoid disease within a community.

Finally, the team performed two healthcare utilization and water, sanitation, and hygiene surveys in each site during the surveillance period. These surveys generated additional data on healthcare-seeking behavior and investigated potential disease risk factors and transmission routes. This data enabled the team to understand how much of an underestimate exists when you only collect blood-culture-positive cases.

Uncovering the true burden of typhoid

The serological surveillance, however, suggests that the passive surveillance may significantly underestimate the true burden of typhoid. The antibody testing uncovered significantly higher rates of typhoid antibodies than the clinical caseload would suggest in all three countries.

This was especially the case in Blantyre, Malawi. The serological surveillance in Blantyre estimated a seroincidence of 2,505 cases per 100,000. This is more than five times the passive surveillance estimate of 444 cases per 100,000. Because typhoid cases in Blantyre presented to healthcare facilities with higher fever, longer duration, and double hospitalization rate compared to the other sites, the high seroincidence may indicate an ongoing burden of undetected mild disease. This finding is consistent with the high rates of antibodies.

These findings highlight the potential role of seroincidence data in complementing traditional passive surveillance of typhoid, which appears to be underestimating the true burden of this disease.

While both Malawi and Nepal have decided to introduce TCV, Bangladesh is still considering TCV introduction. This study underscores the enormous and likely undercounted burden of typhoid in all three countries. The TCV efficacy studies, on the other hand, report 85% efficacy in Bangladesh, 84% efficacy in Malawi, and 79% efficacy in Nepal. Together, these findings highlight the enormous benefits TCVs could bring to these and other countries in South Asia and sub-Saharan Africa.

This study highlights the value and importance of long-term partnership to achieve health progress. The STRATAA and TyVAC consortiums have worked in collaboration for many years to provide valuable data on typhoid disease burden and vaccine efficacy from diverse sites and populations. STRATAA’s established work on typhoid disease burden helped make the vaccine efficacy trials possible. Working through a diverse global partnership has been key to expedited progress and innovation.