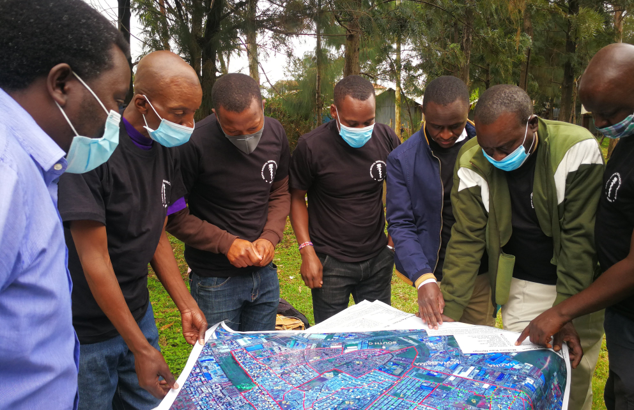 Drug-resistant typhoid is endemic to Kenya, with children younger than 16 years of age most heavily impacted. We have known this for years. What we didn’t know was the prevalence of typhoid carriage—or chronic, asymptomatic infection—and the role it can play in spreading the disease and perpetuating new, more dangerous strains in a community. Our recent study found a high rate of carriage among children in the Mukuru settlement of Nairobi, Kenya. This finding has implications for the race against drug resistance.

The science is clear that, during the past few decades, typhoid has become widespread in sub-Saharan Africa. In Kenya, rapid population growth has led to a huge rural-to-urban migration, with people increasingly living in informal settlements where clean water and adequate sanitation are a major challenge.

For the last two decades, most cases of typhoid in Kenya have been multidrug-resistant (MDR), and reduced susceptibility to second-line fluoroquinolones is rising in frequency.

Our team has been intensively studying typhoid and other diseases in the informal settlement of Mukuru. Approximately 150,000 people live in Mukuru. We know that the prevalence of typhoid among children in this population is high, with cases predominantly associated with contaminated water sources and lack of sanitation. To better understand the disease dynamics and how drug-resistant strains are spreading and developing, we decided to dive deeper.

Our team conducted a five-year case-control typhoid surveillance study in Mukuru. The study included identifying both cases and asymptomatic carriage among children younger than 16, sequencing the genomes of typhoid found in both, and utilizing geospatial mapping to characterize the population structure and transmission dynamics of S. Typhi in the community.

Uncovering the role of asymptomatic carriers

Our study found that symptomatic typhoid is common among all children in Mukuru, with the highest rate (4.3%) of positivity among school-aged children 7 to 16 years of age. The most surprising finding, however, is how commonly children become typhoid carriers. We observed an asymptomatic typhoid carriage rate of 1.1% among all children under 16. The lowest rates were among infants and the highest rates were among school-aged children.

Globally, typhoid carriage has most often been found among older age groups. This is the first surveillance study for typhoid carriage in Africa, and our finding of high carriage among children highlights what is likely an important factor in the transmission of typhoid in this setting—and possibly other, similar settings across the continent. Importantly, the strains of typhoid (predominantly MDR strains) were similar between the acute cases and carriers, suggesting a common source of infection and transmission between the two groups. In other words, carriers may be serving as a reservoir for the community spread of drug-resistant typhoid in Mukuru.

Carriers may also accelerate the development of new drug resistance mutations. Because typhoid can live and replicate in the gut of carriers for long periods of time, it has more time to evolve. We did not find any difference in MDR prevalence between active cases and carriers. However, like previous studies, our study found typhoid isolates from carriers had more mutations than those from active cases.

Kenya has high—and rising—rates of drug-resistant typhoid. Asymptomatic typhoid carriage may be much more prevalent than previously thought, especially among young children. It may also be playing a role in the spread of disease and the development of further drug resistance.

Our findings in Mukuru highlight the need for action. First, enhanced surveillance for drug resistance and genomic sequencing in Africa will be necessary to inform both treatment guidelines and control strategies. More information helps guidance keep pace with the local evolution and spread of resistance.

Most importantly, our study shows that intervention strategies to stop the spread of typhoid are urgently needed in Kenya. The introduction of typhoid conjugate vaccine (TCV) in the national immunization program would give every child protection from typhoid infections, asymptomatic and symptomatic alike. Improvements to water and sanitation infrastructure will also be necessary for long-term prevention, especially given current urbanization trends. The rise of informal settlements such as Mukuru illustrates why both TCV and WASH are needed.