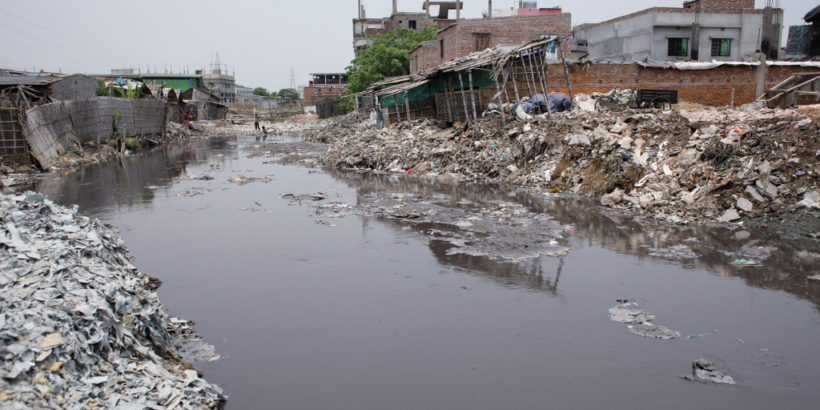 Every year from July to September across South Asia, the monsoon ushers in rain that boosts the growth of crops and powers the hydroelectric dams. While these annual rains help the economy, their torrential nature often hurts the health of vulnerable communities through dangerous flooding across the region.

Monsoon-related flooding increases the risk of waterborne diseases, including typhoid fever and related diseases such as paratyphoid and invasive non-typhoidal Salmonella disease. Hospitals across South Asia have been reporting spikes in the number of cases they see. According to a study of health insurance claims in India, municipal hospitals see a 25 percent rise in patients every monsoon season. A study published in 2013 of typhoid distribution in Dhaka, Bangladesh, found that as many as 45 percent of typhoid cases may occur during the monsoon season. Some hospitals in Nepal are under such a heavy burden that they are running out of medicine, adding urgency to the need to increase access to existing typhoid vaccines.

Clearly, the monsoon season creates the ideal climate for the transmission of typhoid: plentiful waters facilitate the growth of typhoid bacteria; intense rains can damage water and sewage lines, releasing sewage into the environment and contaminating water sources used for cleaning, cooking and drinking. A large 2007 surveillance study in Kolkata, India, found that communities’ clean water sources are put in jeopardy during this period. Sewage and water lines are so close together that the risk of leakage is constant. The monsoon particularly exacerbates the risk of cross-contamination, and causes open drains in the community to overflow with sewage, potentially contaminating otherwise clean water.

Floods may also damage and sweep away infrastructure and housing or destroy local water supplies, making it ever more difficult to maintain water sanitation and hygiene. Since the monsoon season began, hundreds of thousands of people in South Asia have been displaced by monsoon flooding and will have to take shelter in ad-hoc relief camps, far from their usual sources of water. Yet flooding victims still need to drink and eat, even if the only source is dirty water and unwashed food.

All of these factors disproportionately impact children and the poor, who are already at greater risk for typhoid and related diseases. However, the monsoons do not have to jeopardize communities’ health and stability year after year. With better infrastructure for water and sanitation, as well as accessible and effective vaccines, the monsoon can simply bring the rains—and not diseases.