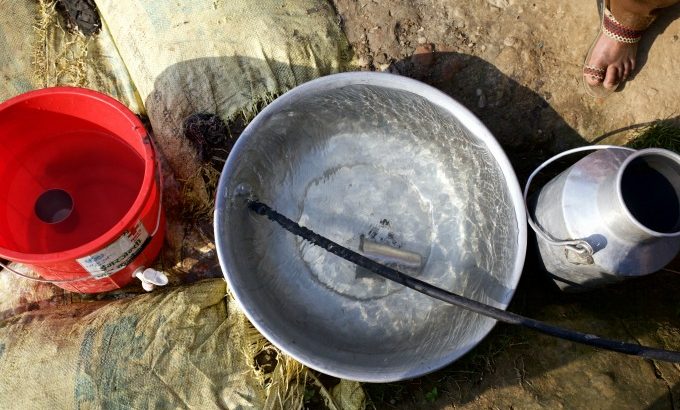 In March, near the Indian village of Kondotty, more than 100 people fell ill after attending a local wedding reception. The party guests developed varying symptoms including fever, headaches, fatigue, loss of appetite and abdominal pain. The diagnosis was paratyphoid fever, a disease similar to typhoid fever, but caused by a different Salmonella bacteria.

Health officials responded to the outbreak by issuing a survey to all households in the region and collecting data from the party site. The results revealed that a feces-contaminated water supply was the culprit of the outbreak. To prevent secondary infections, K. Shibulal, Kondotty’s District Surveillance Officer, ordered all local water sources to be checked and treated with bleach to eliminate harmful bacteria.

The infections in Kondotty represent a small portion of the estimated 6 million people who contract paratyphoid each year. Although there were no deaths associated with this outbreak, paratyphoid fever may lead to life-threatening complications such as intestinal perforations if left untreated.

The Kondotty outbreak illustrates the insufficiency of the existing WASH infrastructure in many countries. Moving forward, District Surveillance Officer Shibulal is requiring all wedding parties to receive water supply approval from the Health Department in hopes of preventing similar outbreaks at wedding celebrations.

Improving water surveillance systems and water treatment is critical to reducing the burdens of paratyphoid and other waterborne diseases. But the necessary improvements to provide safe, clean water remain a costly challenge in many regions.

Conjugate vaccines present a promising outlook for disease control. Highly cost effective, they can be administered through the routine immunization programs in paratyphoid and typhoid endemic countries or targeted to those most at-risk of contracting the disease, such as migrants. There is currently no licensed paratyphoid vaccine, but more than four are in development with several promising candidates in Phase I and II trials. Typhoid conjugate vaccines are further along with more than 11 in the development pipeline. With the introduction of paratyphoid and typhoid conjugate vaccines, millions could be protected from unnecessary suffering and death.

Isadora Salles is an intern at the Sabin Vaccine Institute.