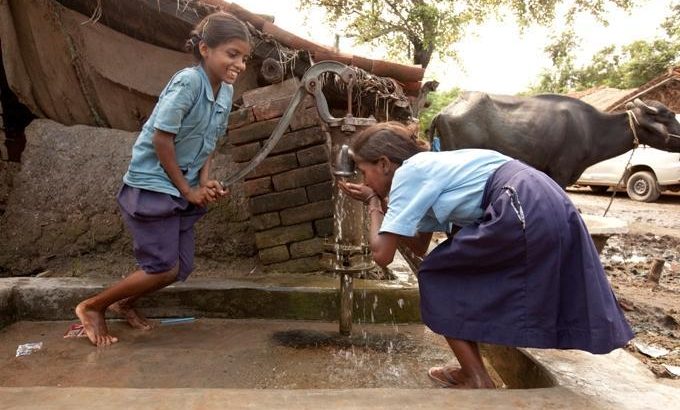 The estimated 21 million people each year who get typhoid fever must now face another life- threatening reality: The emergence of antibiotic-resistant typhoid strains. Because typhoid control is still heavily reliant on antibiotics, even with the availability of safe and effective vaccines, this news is especially alarming.

However, limiting the use of antibiotics is unlikely to stop the spread of antibiotic-resistant strains of typhoid fever, according to a new study published in eLife by researchers at Oxford University Clinical Research Unit (OUCRU), Wellcome Trust Vietnam Research Programme.

As Dr. Stephen Baker, a Sir Henry Dale Fellow in the OUCRU, explains in a Wellcome Trust press release, “Withdrawing or restricting the use of antibiotics is one approach to try and combat the spread of resistance. However, the results of this study suggest that we need to think beyond this, as antibiotic-resistance will likely continue to rise even if” they are no longer used.

The study’s findings “are very worrying,” adds Dr. Jimmy Whitworth, Head of International Activities at the Wellcome Trust. These findings indicate that to control and prevent typhoid, “we will need to concentrate on developing more effective vaccines, and improving water supplies and sanitation, a Herculean task in many Asian cities.”

The Coalition against Typhoid (CaT) —a global forum of scientists and immunization experts – is working to overcome the challenge of antibiotic-resistant typhoid and other barriers to long-term typhoid control by making sure that we have the tools, diagnostics, and political commitments to save lives and reduce human suffering.

Typhoid fever is transmitted via the ingestion of water or food contaminated with human waste, and is linked to poor access to safe water and basic sanitation. Ultimately, typhoid can be eliminated through improved water and sanitation systems. However, the development of such infrastructure requires significant capital investments beyond the near-term reach of most endemic countries in Asia and Africa. Until this can happen, safe, effective and affordable vaccines should be utilized together with timely access to appropriate clinical care.