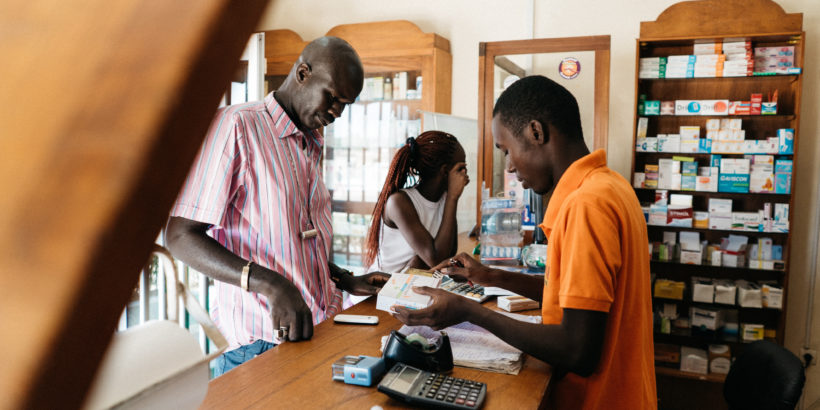 The past century has witnessed remarkable global health progress. We have identified treatments and cures for diseases, we have developed vaccines to prevent some of the deadliest diseases, and for the most part, people generally live longer, healthier lives.

However, drug-resistance threatens this progress. Globally, the increase in pathogens resistant to all-but-final line treatments is alarming and, as a consequence of this, we are confronting diseases that are more difficult and expensive to treat. One disease where drug-resistance is currently having a negative impact on many communities in low- and middle-income countries (LMICs) is typhoid. Typhoid caused nearly 11 million cases of disease and more than 116,000 deaths in 2017, and sadly remains a serious burden in many LMICs where improvements in hygiene and sanitation related infrastructure, diagnostics, and antibiotic stewardship are required.

We did not come to face MDR/XDR typhoid overnight; getting to this point took decades. Typhoid has long been a disease with symptoms that are difficult to manage clinically, and while blood-culture confirmation is the gold standard for typhoid diagnosis, it is often not readily available in many of the settings with the highest burden of this disease. Beginning in 1948, chloramphenicol was used to effectively treat typhoid, and while resistant cases were reported, they were not common. Between the 1950s and 1970s, new antibiotics were introduced regularly, allowing for alternative treatment options when resistance arose, and subsequently no crisis emerged, as multiple treatment options were available.

By the 1960s, some cases of typhoid were showing resistance to three or more first line antibiotics as cases of MDR typhoid became more frequent. In 1972, a large typhoid outbreak in Mexico showed multidrug-resistance, but once this outbreak was controlled, only sporadic MDR cases emerged.

For the next two decades, diagnosis and treatment of typhoid continued, in some cases taking a backseat to other global health priorities. The sense of urgency changed in the 1990s when fluoroquinolones, specifically ciprofloxacin, became the recommended treatment for typhoid in many settings as a result of treatment failures from a rise in MDR typhoid cases. In the years following the switch to fluoroquinolones to treat typhoid, reduced susceptibility to quinolones was observed. Use of ciprofloxacin continued―and continues today―but with reduced effectiveness in many cases.

Recent studies have shown that we are facing an emerging subtype of MDR typhoid called H58 (genotype 4.3.1), of which many samples show reduced susceptibility to fluoroquinolones. The data show that more than half of typhoid isolates obtained to date belong to the H58 subtype, and that there are ongoing confirmed cases of MDR H58 typhoid with reduced susceptibility to fluoroquinolones in both Asia and sub-Saharan Africa, highlighting the global crisis of drug-resistant typhoid.

The situation in which we find ourselves emerged over time. However, we do not have the luxury of time as we work to control and prevent cases of drug-resistant typhoid. We need improved genomics-based typhoid surveillance programs to monitor both antimicrobial resistance and the spread of H58 on a global scale.  In LMIC settings, we urgently need low-cost diagnostics so appropriate treatment can be given for confirmed typhoid cases; we also urgently need improved water and sanitation infrastructure  to prevent typhoid’s spread. Perhaps most urgently, decision-makers must consider drug-resistant typhoid burden in their countries, and take action to introduce typhoid conjugate vaccines (TCV) as a tool to prevent and control typhoid.

We are in the battle against MDR/XDR typhoid together. We must take what we know―and what we continue to learn―and harness the knowledge, data, and tools we have into integrated approaches for typhoid prevention and control. We will be discussing drug-resistant typhoid and the importance of TCV at the upcoming 11th International Conference on Typhoid and Other Invasive Salmonelloses in Hanoi, Vietnam. Please follow @PreventTyphoid and use #TakeOnTyphoid to join our conversation.