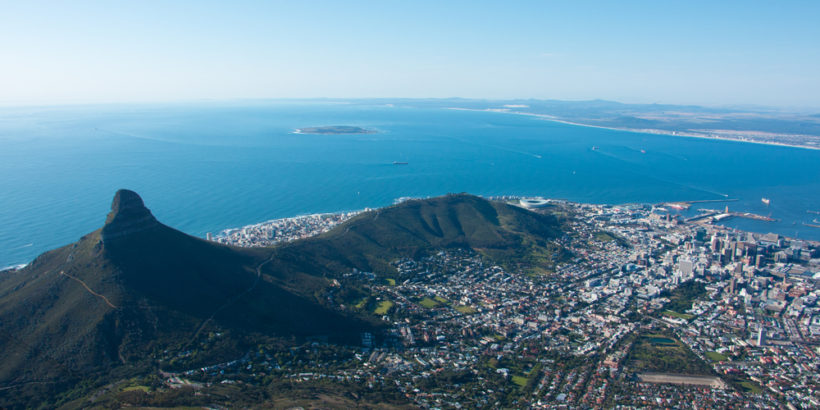 Cape Town, South Africa is running out of water.

Brought on by a severe drought, the city’s water supply was originally predicted to reach “Day Zero” – when the city’s water would shut off – in April. Because of the commitment and success of Cape Town and its citizens in severely restricting water usage, the possibility of Day Zero has been pushed back to at least 2019. But the restrictions remain in place, leaving Cape Town residents with disruptions in daily life, increased risks of waterborne diseases like diarrhea and typhoid, and a significant shift in perspective on the world’s most precious resource: water.

I wanted to get more insight on this issue, so I chatted with Jenn Allport, an American who has lived in Cape Town for the past 10 years working on water and sanitation.

LAURA: So, how did you first hear about the water crisis?

JENN: I like to be an informed citizen, so I first knew about the drought and the possibility of Day Zero back in 2016. I also work as a consultant for the Global Environment and Technology Foundation, which partners with the Coca Cola Foundation to improve access to safe water and sanitation. We were seeing very atypical rainfall patterns.

LAURA: What was your reaction?

JENN: I was very conscious of it, and I knew we would need to change policy and behavior—Cape Town was using 1.2 billion liters of water a day! So my husband and I started reusing water back in 2016, and everyone thought we were crazy. Now everyone does it.

LAURA: What has the water crisis been like for you personally? How has it impacted your daily routine?

JENN: For right now, we’re taking military-style showers – we turn the water off and on constantly and stand in a plastic tub that catches every drop. We then reuse that water—known as “greywater”—to flush the toilet and water the garden. We have a basin in the kitchen that does the same. We’ve also been getting sick. Granted, I’m an American so I may not have the same immunities as people who were born here, but the drought and resulting water issues definitely cause an increase in gastrointestinal issues. I had to take my mother to the hospital for gastroenteritis while she was visiting, and the doctor said the majority of people who come to the hospital are suffering from some sort of persistent gastro illness.

Additionally, to improve things long-term, we’ve installed rain tanks in the house that will connect to our dishwasher, washing machine, toilets, and garden irrigation.

LAURA: What is the current status?

JENN: The dams are at 23%. If they hit 13.5%, that’s Day Zero—but it won’t happen until at least next summer now. The city has successfully reduced water usage down to 500 million liters. They’ve absolutely crushed the goal.

LAURA: So would you say you are feeling more optimistic now?

JENN: At first there was a lot of panic, and it’s still a scary situation, but I am more optimistic now. The city and the federal government and people have come together to say “this cannot happen.” There are better policies and plans in place, and they’ve done a phenomenal job in educating the public and encouraging real behavior change. And local communities are pulling together to share resources. But we’ll have to see how much rain next summer brings.

LAURA: What are your biggest takeaways from Day Zero?

JENN: It’s heightened my awareness a lot. It’s opened my eyes to change that needs to happen at a mass scale. Everyone needs to pull together; there needs to be a profound shift. We need integrated policies, lessons, and incentives to reduce water use worldwide. More and more places are starting to see drought and these tactics will be needed elsewhere – and it’ll have to come from the top.

I’ve also been inspired by people’s ingenuity. Life continues and we can all make this work, even when it seems unfathomable. I’m tired of carrying buckets of water up and down the stairs, and I hope I don’t have to do that forever, but these are small behavior changes that make very little difference in my day-to-day life. It’s really not so bad.

And finally, I’ve realized that most of South Africa—and so much of the world—is already living in “Day Zero” all the time. That wasn’t something I thought a ton about before the drought. Most people use rainwater collections and hand-dug wells every day, and the increased illness that we’ve been experiencing is a daily experience for so many around the world.

LAURA: In what ways do you think Day Zero is a warning call for the world?

JENN: I work with communities across Africa, and the effects of climate change across the continent are evident. Poor communities are incredibly vulnerable to drought and flooding. So I hope this is a wake-up call. Everyone who doesn’t believe in climate change should come to Cape Town — see how we’re washing our hair every 7 days! This is drastic, and there will be massive economic and human costs if we don’t start acting now.