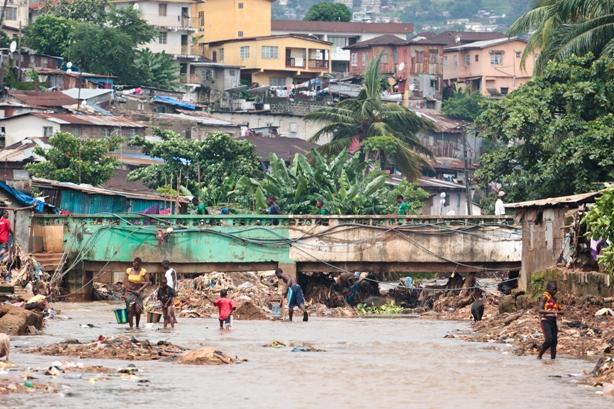 Harare, Zimbabwe has struggled to control an epidemic of typhoid fever that has affected the metropolitan area since October, 2011. Zimbabwe’s Health Ministry has reported 1,865 cases of typhoid fever thus far, averaging between 30 and 50 new cases per day, according to media sources. Although no deaths have been reported, the epidemic’s continued spread has had profound effects on local productivity and quality of life.

Typhoid is a severe bacterial infection caused by Salmonella Typhi and is transmitted via ingestion of contaminated water or food. The disease causes high fever, flu-like symptoms, abdominal pain, constipation or diarrhea, rose-colored spots on the chest, and systemic illness that can result in severe morbidity or death. Typhoid bacteria are easily spread in communities without access to safe water or improved sanitation. While typhoid has historically been treatable with antibiotics, research indicates that multidrug resistant (MDR) typhoid strains have become increasingly common in typhoid-endemic communities, including Zimbabwe, requiring new and more expensive antibiotics for treatment and increasing hospitalization rates for patients.

Investigations by the US Centers for Disease Control and Prevention (a CaT partner) and the Zimbabwean Ministry of Health have determined that the primary cause of the epidemic is sewage-contaminated water, largely from shallow wells dug by residents in low-lying areas. While the city of Harare does have a municipal water supply and sanitation system, residents have been forced to find alternative water sources in recent weeks due to frequent water shortages and service disruptions. The lack of municipal water has disrupted sanitation systems, causing sewage to spill into the streets and contaminate ground water sources. While the city government has drilled 6 new boreholes to facilitate water access, at least 2 boreholes are known to be already contaminated with S. Typhi.

The lack of access to clean water has also contributed to contamination of food supplies, especially fish from local lakes and food from street vendors. The city government has shut down public markets and vendors in an effort to contain the disease, an initiative which has been met with a great deal of resistance from community members who claim that these measures unfairly target poor farmers and fishermen.

In any setting, typhoid control requires a comprehensive approach, including treatment of water at both the municipal and household levels, personal hygiene including hand washing, proper food preparation and cooking, and the prompt and appropriate treatment of cases. The city’s response thus far has focused on increased disease surveillance, water testing and treatment, and source identification. US CDC and other partners have distributed water purification tablets and conducted public hygiene and educational campaigns to promote hand washing and proper sanitary measures. At this point, no vaccination campaigns have been conducted.

The Coalition against Typhoid is assisting the epidemic response by bringing partners together, disseminating investigation results, and advocating for a comprehensive approach that combines immediate measures such as access to appropriate treatment and treatment of water sources with sustainable long-term solutions like investment in water and sanitation and the promotion of good hygiene practices.

Health Minister Dr. Henry Madzorera and other activists have called on the national government and the city of Harare to “refurbish the water, sanitation and sewerage infrastructure as a matter of urgency,” citing water and sanitation infrastructure that have not been examined or repaired for nearly a decade. Last week Finance Minister Tendai Biti announced the country will use $40 million from IMF to refurbish the city’s water and sanitation facilities. WHO, UNICEF, MSF, PSI, and other organizations have also contributed resources to contain the epidemic, including healthcare personnel, water purification systems, and technical assistance.