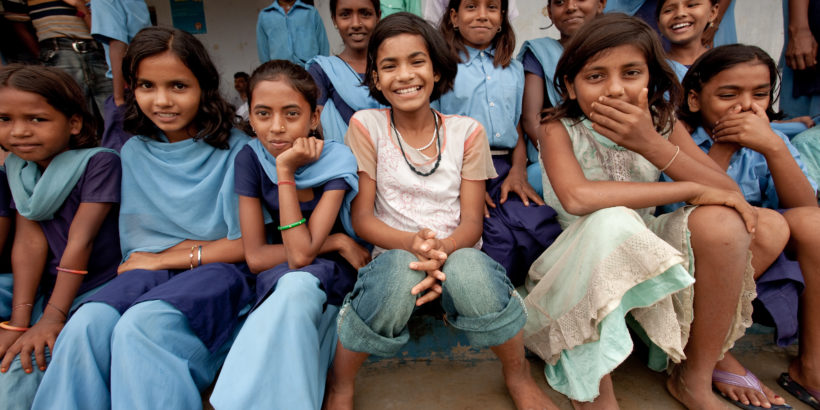 Understanding the mechanisms of how bacteria can cause disease is profoundly important for vaccine development. The Vi-antigen that forms the major component of injectable typhoid vaccines seems to have a key role in making the bacteria more virulent (hence the name). Vi-based vaccines have proven to be highly effective tools to prevent typhoid.

But Vi isn’t the whole story. We know that oral typhoid vaccines – such as Ty21a – can protect against typhoid, despite not expressing the Vi-antigen. We also know that Salmonella Paratyphi A causes an identical clinical disease to Salmonella Typhi even though it doesn’t express Vi. Clearly, Salmonella Typhi has several ways to cause disease – which is an evolutionarily very sensible strategy. It would follow that we should aim to have several ways to prevent the disease when developing vaccines – ideally by targeting different parts of the bacteria.

Many bacteria produce symptoms of disease by releasing toxins. The early typhoid literature includes heated debates as to whether or not the typhoid bacillus produces a secreted toxin, or if the symptoms of the disease were attributable to components of the cell wall (endotoxin). For many years, the latter view held sway. It was only following the pioneering work of researchers, including those led by Jorge Galan at Yale University, that it was proven that Salmonella Typhi does indeed release an extracellular toxin. It seems as though the toxin is only produced under very specific circumstances, which in part may explain why it has been very difficult to identify until recently. This specific toxin – dubbed the typhoid toxin – is an evolutionary mash-up of toxins produced by other bacteria and has a unique structure never before described. Perhaps unsurprisingly, the toxin has been thought of as a viable target for a new generation of vaccine.

Developing new vaccines is costly and time consuming. Whilst the data supporting the role of typhoid toxin in disease is quite compelling, we still didn’t have definitive proof. Is it right to plough on with developing a vaccine whilst some pieces of the jigsaw are missing? We sought to address some of these issues using a human challenge model of typhoid.

Human challenge models for typhoid were first used in the 1950s and have been running in Oxford since 2011. In our recent study, we aimed to use the challenge model to study a specific virulence factor – with the ultimate aim of determining if we could use the typhoid-toxin as a vaccine target in the future.

We began by manufacturing two strains of typhoid that could be used to infect healthy volunteers – one that produced the typhoid toxin (the wild type) and one that didn’t (toxin knock-out). We wanted to show as much as we could that the two strains were as identical as possible, save for the absence of the toxin in the knock-out strain. We did this by a series of laboratory experiments to show that both strains behaved the same in laboratory conditions. With some help from the Sanger Institute, we went on to sequence the genome of both strains. We were able to show that both strains were identical, save for the presence and function of the typhoid toxin in the wild-type strain only. The next step was to enrol a cohort of dedicated adult volunteers who agreed to be challenged with Salmonella Typhi after a detailed screening process. They were randomised to be challenged with either a wild-type or a knock-out strain lacking the typhoid toxin – this involved drinking a solution to neutralise stomach acid, followed by drinking a mixture containing ~10,000 Salmonella Typhi bacteria. We followed these volunteers closely for at least two weeks and started treatment when they began to show early signs of illness.  Overall, about two-thirds of participants developed typhoid after being challenged – similar to what we have seen in our earlier studies. However, there was no difference in the rate of diagnosis between wild-type and knock-out groups. Overall, the symptoms and severity of illness were comparable between groups, as were different measures of host immunity. Surprisingly, there were some hints that the illness was a little bit more pronounced in those challenged with the toxin knock-out – such as having a longer duration of bacteraemia.

We concluded that the typhoid toxin is not essential for the development of acute typhoid within the context of the challenge model. In my opinion, it’s highly likely to have an important function in what we diagnose as ‘typhoid’ – but exactly what remains something of a mystery. It’s possible that the toxin may alter the host response to infection and contribute to the severe disease features of typhoid  – such typhoid encephalopathy. Alternatively, it may be associated with the establishment of the chronic carriage state. For ethical reasons, these are endpoints that can’t be studied within the context of our challenge model.

So where does this leave us? We’re currently analysing a range of other samples that we have collected during the study to better understand what exactly the typhoid toxin is doing in vivo. In particular, we are studying differences in gene expression between those challenged with the wild-type and toxin-negative strains, which may give use more clues as to how the human host responds to toxin exposure. We’re also exploring whether or not it is possible to directly detect the typhoid toxin in clinical samples, which may be useful for diagnostic purposes. We’re still some way away from thinking about using the typhoid toxin to develop a new vaccine, but this study opens up several new avenues for research.

Vi-conjugate vaccines and efforts to increase access to clean water and sanitation services offer hope that progress in controlling typhoid can be achieved in the short-to-medium term. This particular study highlights how human challenge models can help us understand the ways in which bacteria can cause disease – which sometimes leads to as many questions as there are answers – but we hope these new questions will continue to influence development of new prevention and control technologies.

The study was funded by the Bill and Melinda Gates Foundation.