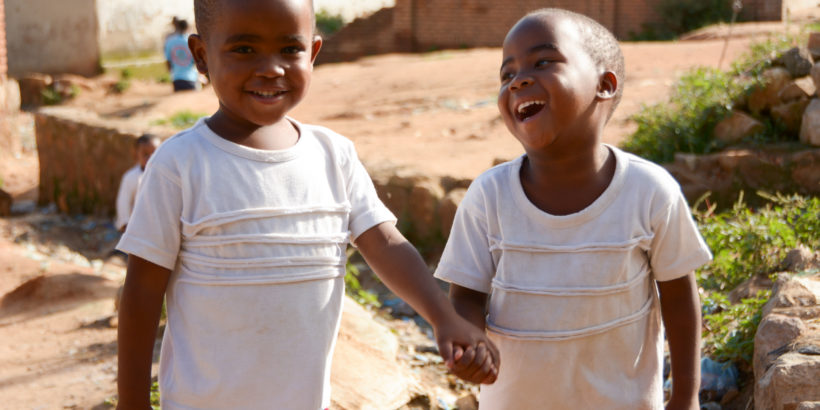 Typhoid is a serious bloodstream infection caused by the bacterium Salmonella enterica serovar Typhi (S. Typhi). Despite our limited ability to identify the precise cause of human epidemics throughout history, typhoid has likely been with us for millennia, and is thought to be the cause of the great plague outbreak of Athens in 430 BC. Much more recently, typhoid gained recognition at the beginning of the 20th century and “Typhoid Mary” became synonymous with changes in public health and sanitation in New York City. In the 21st century, typhoid remains a persistent problem, and the organism has learned to survive the antibiotic era by evolving as a super bug.

For some time now, we have clearly understood the significance of hand washing with clean water and soap, improved sanitation, and personal hygiene for disease control. However, the prioritization of adequate water, sanitation and hygiene infrastructures, and disease awareness in resource-constrained countries has not kept pace. Recent figures suggest that there are nearly 12 million new typhoid cases every year with more than 128,000 fatalities. Most of these arise in low- and middle income countries (LMICs) in the most resource constrained communities of Asia and sub-Saharan Africa.

Antibiotics play a major role in typhoid control; ever since their introduction, antibiotics have had a substantial effect on mortality. Originally, penicillin, streptomycin, and the sulphonamides efficiently cleared pathogenic microbes from the blood of sick patients. These drugs became widely available and resistance began to emerge. Thankfully, we had a ready supply of new antimicrobials including ampicillin, chloramphenicol, and trimethoprim-sulfamethoxazole (co-trimoxazole), which became the first choice of drugs to treat many infections, including typhoid.

However, several outbreaks of multi-drug resistant (MDR) typhoid (resistance to ampicillin, chloramphenicol, and trimethoprim-sulfamethoxazole) occurred in South and Southeast Asia in the 1980s–1990s. During the past decade, the advancement of whole genome sequencing technology and bioinformatics has allowed us to conduct more sophisticated genomic epidemiology of these MDR S. Typhi organisms. As a result, now we understand that these MDR S. Typhi organisms belonged to a specific genotype (H58), which has been associated with multiple intercontinental transmission events from Asia to Africa.

A new study conducted by Park SE et al. identified contemporaneous S. Typhi isolates across multiple countries in sub-Sahara Africa and showed that MDR S. Typhi has become abundant across both East and West Africa. Notably, the organisms in each region have different evolutionary histories. The MDR S. Typhi in West Africa have been circulating for some time, while MDR S. Typhi is East Africa is distinct from those strains, and instead, is routinely introduced from South Asia. The study suggests that organisms have not transferred across the continent. The study also estimated the high incidence of MDR typhoid, exceeding 100 per 100,000 persons observed during the surveillance period in some locations of sub-Saharan Africa, especially among children under 15 years old.

Our battle against the emergence and spread of MDR S. Typhi in sub-Saharan Africa and South Asia is a reality today: An outbreak of extensively drug-resistant (XDR) typhoid is ongoing in Pakistan, and Zimbabwe continues to report cases of MDR typhoid. We must proceed with continued disease surveillance, safeguarding of antimicrobial stewardship, and introduction of typhoid conjugate vaccine, which was pre-qualified and recommended by the World Health Organization earlier this year for countries particularly with high burdens of MDR typhoid.

The full manuscript of these new study findings is available in Nature Communications.