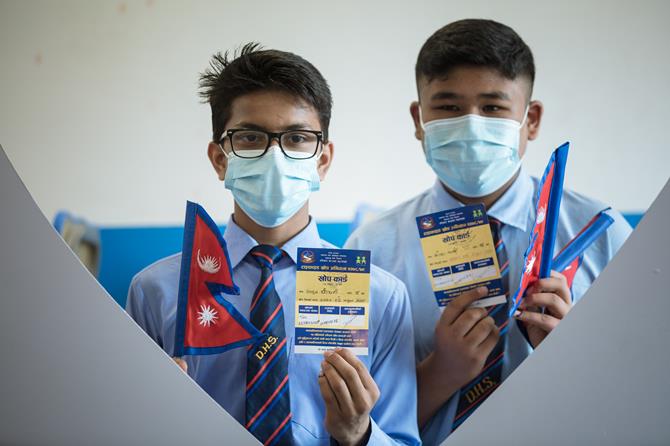 As we say goodbye to 2022, we are thankful that more than 50 million children in sub-Saharan Africa and Southeast Asia are vaccinated against typhoid. Typhoid conjugate vaccines (TCVs) have been introduced in Pakistan, Nepal, Liberia, Zimbabwe, and Samoa. Kenya and Bangladesh submitted applications to Gavi in September 2022 and Malawi is planning a national introduction campaign in April. On top of all this, we expect more Gavi applications in 2023. Yet this is not enough!

While progress is steady and momentum strong, the battle against typhoid continues. In an interconnected world where pathogens know no borders and water and sanitation infrastructure is often lacking, our work is far from finished. The need to control typhoid and protect as many children as possible is as strong as ever.

TyVAC, the Coalition against Typhoid, and its partners encourage you to join the effort to Take on Typhoid in 2023. Wishing everyone a Happy and Healthy New Year.

Two recently published studies add data in support of TCV introduction. One study, published in PLOS ONE, estimates the cost of typhoid illness to families and the government in Malawi. The data show that many families suffer catastrophic expenses. The high economic burden of typhoid suggests that TCV introduction could have a substantive impact in preventing illness and economic hardship for families. Additionally, the Malawian government bears significant costs to treat typhoid, exceeding costs of many other childhood illnesses, which underscores the national economic benefits to TCV introduction.

Another study, published in The Lancet Global Health, evaluated use of the test-negative design (TND) to assess TCV effectiveness. TND is a method to evaluate vaccine effectiveness post-introduction. This study was based on the same population as the randomized controlled trial in Malawi. Participants were followed for a minimum of three years and had a blood culture sample at least 14 days after the date of vaccination. The vaccine effectiveness using TND was 80.4% – virtually identical to the results from the randomized controlled trial, which shows TND is suitable for assessing TCV effectiveness post-introduction in low -and- middle-income countries. 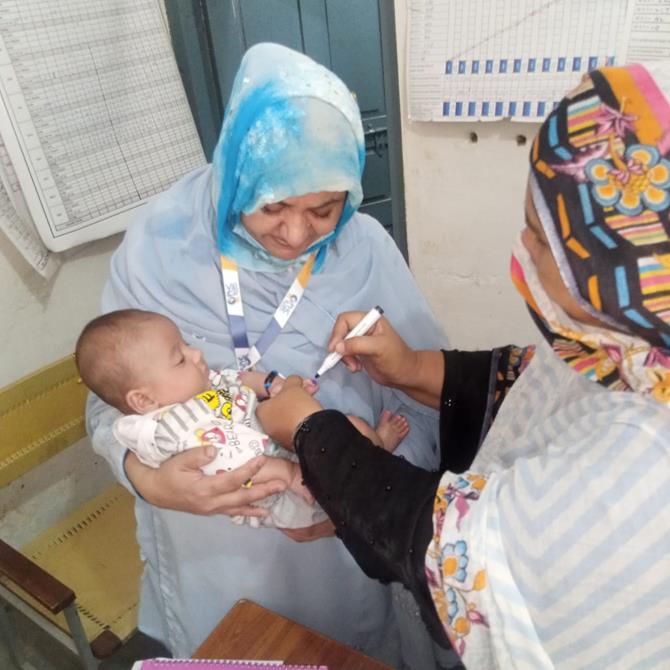 The Government of Pakistan achieved a remarkable milestone by introducing the highly effective TCV to nearly 36 million children through phased introductions. Beginning with Sindh province in November 2019, followed by Punjab and Islamabad in 2021, and the urban areas of Khyber Pakhtunkhwa, Balochistan, Gilgit-Baltistan, and the Azad Jammu and Kashmir provinces in October 2022, Pakistan has completed the major feat of nationwide TCV introduction. Pakistan led the world as the first country to begin TCV introduction into routine immunization. Despite facing numerous challenges from the COVID-19 pandemic and recent flooding, the government remained stalwart in its commitment to ensure nationwide access to this proven prevention tool. Congratulations to the Government of Pakistan, World Health Organization, UNICEF, and all the partners who worked tirelessly to see this introduction through to the end.

Earlier this month, several meetings were held with policymakers, researchers, and partners to discuss typhoid and TCV introduction in Africa. Topics included ongoing challenges with typhoid data, how best to standardize reporting typhoid burden data across countries, and typhoid and TCV decision-making and introduction in Africa. The first Africa Regional Typhoid meeting brought together nearly 100 stakeholders from dozens of countries in Africa. Stakeholders and national policymakers discussed TCV introduction and shared early experiences with their peers. Those who have already introduced spoke about their early adoption experience and countries that are still in the decision-making process were able to ask questions and strategically plan how best to engage with donors and partners. The peer-to-peer conversation, sharing of experiences, and learning from each other was valuable in keeping up the TCV momentum in the region.

The Ministry of Health in Fiji confirmed an outbreak of 9 typhoid cases in the Raranibulubulu community in Vanua Levu. A deployment of medical teams to the region was initiated to curb any escalation in case numbers.