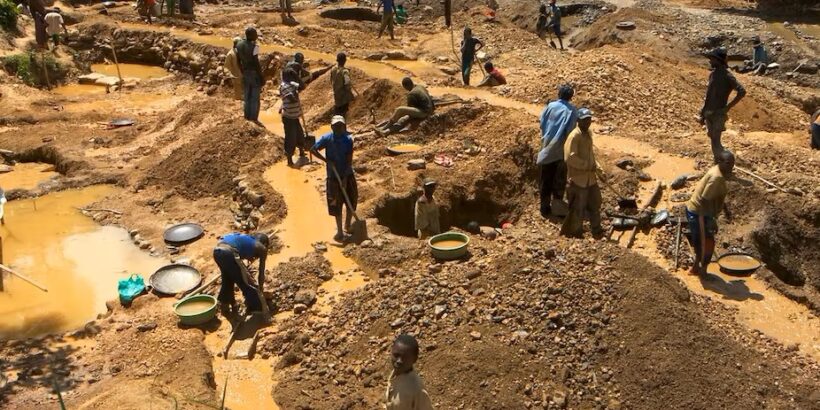 The mining sector has historically been one of the major economic activities that contribute to national growth. Many countries have grown their economic stature by extrapolating natural resources through mining. Given the economic boom, not much attention is paid to the health implications of the mining activities.

Ghana is among the top mineral producing countries in Africa.  While large-scale mining companies obtain permits to extract the minerals, smaller groups and individuals also engage in small-scale artisanal mining. Most of these entities do not possess the requisite permits to operate, which makes the artisanal mining activities illegal. They impact the environment, including water sources, which puts local community health at risk.

Ample data from sources such as WHO and CDC indicate that contaminated water and inadequate sanitation are linked to the transmission of diseases such as typhoid, cholera, and rotavirus.

Impact of mining on health

Artisanal gold mining, while illegal, has become lucrative in Ghana. However, it devastates the environment, causes deforestation, and pollutes the water, air, and soil through the release of toxic chemicals. Data from CDC Emergency Preparedness and Response indicate that chemicals such as mercury and cyanide pollute water, air, and soil through natural processes and industrial activities, thereby posing potentially deadly threat to humans. Pollution of water bodies caused by illegal mining puts community health at risk. When water is contaminated with toxic chemicals, people are driven to find alternative water sources. Many of these sources are often contaminated with bacterial pathogens such as typhoid.

Similarly, heavy metal contamination in some water sources has caused water treatment plants to shut down. When these treatment plants shut down, a community can suddenly be without an improved source of safe water. This can force people to turn to unimproved water sources that increase the risk of typhoid and other waterborne pathogens. Data from the 2020 Ghana Rapid Health Situation Assessment Report indicate high prevalence of typhoid, among other diseases, in mining communities.

Media reports have also shown that some communities can only access contaminated water and this has caused an increase in skin infections and waterborne diseases.  In the Shama District, located in the Western region of Ghana and made up of six communities where there is increased illegal mining, diarrheal cases increased from 5,000 to 10,000 in three years. It is likely that typhoid bacteria are similarly found in the unsafe water and that typhoid burden may also be increasing. The difficulties with typhoid diagnosis mean that people may fall ill but not receive an accurate diagnosis or treatment. The communities with increased mining often lack a health center that can appropriately diagnose and treat individuals when they get sick. This is especially dangerous for a disease such as typhoid that can quickly escalate and require primary healthcare services.

In Ghana, widespread poverty and a lack of alternative income-earning opportunities can drive illegal artisanal mining. Families are often torn between needing the income while simultaneously suffering from the environmental and health consequences of such activities. The families who depend on artisanal mining are those most likely to fall ill and least likely to access high quality health care.

While mining exacts a toll on the local community, the economic benefits mean that it is unlikely to end soon. It is important to keep families and communities safe as they are increasingly exposed to unsafe drinking water.  Typhoid conjugate vaccines (TCV) are an affordable solution that can help to protect people from typhoid. The risks of illegal mining are numerous; TCV offers a proven solution to mitigate one health factor to protect families and communities from a potentially deadly infections disease.