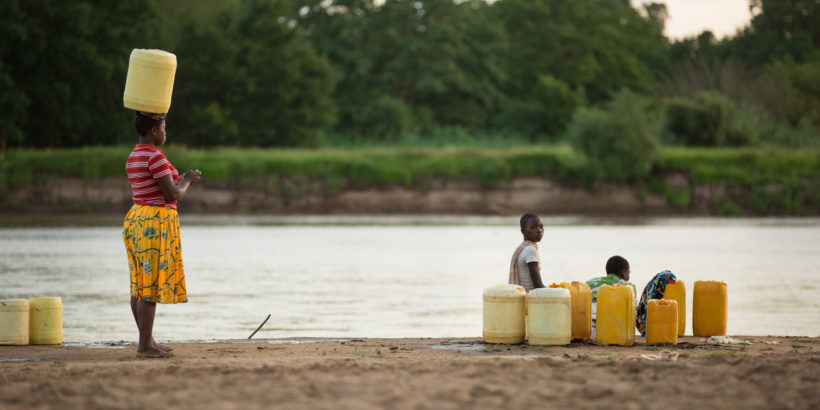 Every year—from South Sudan to Uganda, Myanmar to Bangladesh, Syria to Jordan—millions of people endure long, dangerous and difficult journeys to find safety and refuge. Safety from violence and persecution; refuge from natural disasters, drought, and famine. Collectively, the world’s refugees log an average of 1 billion miles traversed each year. Upon reaching a destination, they are often exhausted, hungry, and desperately in need of basic services, including health care, basic shelter, and safe drinking water alongside adequate sanitation.

However, in refugee camps, crowded conditions make access to health care difficult, and safe drinking water or sanitation infrastructure can be hard to find, if it exists at all. Built as temporary shelters, refugee camps are often limited to the most basic water and sanitation infrastructure. Sanitation facilities and toilets are few and far between; access to clean, safe drinking water can be unpredictable; every day activities, from cooking to bathing to laundry, could easily be compromised by just a single contaminated water source. Within these settings, typhoid—a bacterial illness spread through fecally-contaminated food and water—and diarrheal diseases like cholera can proliferate rapidly.

Nearly 11 million people suffer from typhoid annually, and more than 116,000 people die as a result of typhoid infection. Children and adolescents younger than 15 years of age are disproportionately impacted. As the adverse effects of global climate change induce more extreme weather events, including monsoons, hurricanes and droughts, it is likely that increasing numbers of refugees will be faced with the risk of typhoid and other infectious diseases. Not only do these events drive further displacement, they also wreak havoc on already fragile infrastructure and further strain limited resources, perpetuating cycles of illness. Just this year, in March, when Cyclone Idai hit Zimbabwe and neighboring countries displacing hundreds of thousands, 2,000 homes and 600 latrines were damaged or destroyed in Tongogara refugee camp.

In situations such as these, where circumstances heighten disease transmission, preventive interventions, including water, sanitation, and hygiene (WASH) and vaccines, are the most effective means of keeping refugees healthy and protected against typhoid and diarrheal diseases. The currently available typhoid conjugate vaccine (TCV) is particularly optimal for use in mass displacement settings, as it requires only a single dose and is safe and effective in children as young as 6 months of age. When used in conjunction with clean water, improved sanitation, and good hygiene practices, TCVs and other vaccines, like those against cholera, are part of an integrated solution that offers a much-needed layer of protection against diseases impacting refugees.

Refugees travel vast distances to find safety, often facing months of hardship along the way. Their challenges often don’t end once they’ve reached their destination. But, at the very least, refugees should not have to contend with the complications and hardship that result from typhoid, cholera, or other preventable diseases. We have the tools available now to curb disease transmission in refugee settlements and to help remove illness that can otherwise compound the horrors that refugee families are already facing.