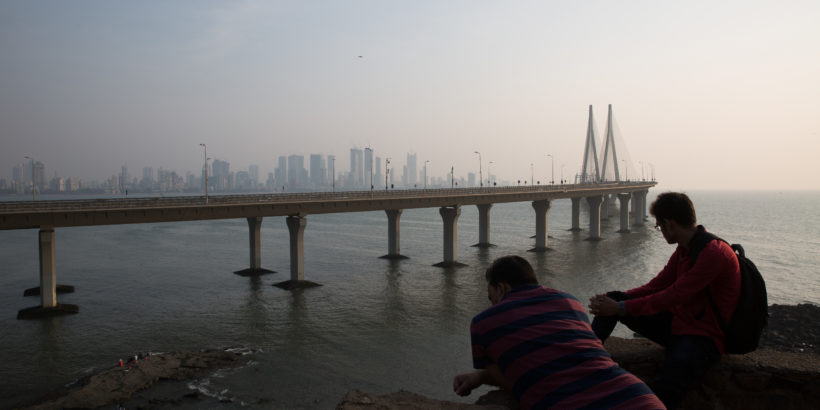 More people now live in cities than at any other point in history. With more than half of the world’s population residing in urban areas, cities offer many opportunities for residents and often serve as hubs of culture and business, driving development, innovation, and social change. These opportunities are driving rapid urbanization and in just 30 years, the United Nations Population Division expects nearly 70 percent of the world to live in urban areas with most urban growth forecasted in Africa and Asia.

Despite the many opportunities that urban life can provide, rapid and unplanned urbanization also presents many challenges. The scale and speed at which people are moving into cities, especially in low- and middle-income countries, is outpacing the ability of many municipal and national governments to build essential infrastructure like housing and clean water and sanitation systems that can provide basic services to an expanding population. Many may find themselves living in crowded informal settlements with inadequate sanitation and disposal services and a lack of food and water safety. In fact, 1 billion people currently live in urban informal settlements and slums. These conditions raise the risk of infectious disease outbreaks like typhoid, cholera, tuberculosis, and even COVID-19.

Almost half of urban residents in Africa and Asia suffer from at least one disease caused by a lack of clean water and sanitation, demonstrating the scale of this public health challenge. Typhoid, which spreads through contaminated food and water, thrives in environments with poor sanitation infrastructure, unsafe water, and unhygienic, overcrowded living conditions, which are all too common in urban informal settlements and slum neighborhoods. Improved water quality, sanitation, and hygiene are the major ways to break waterborne disease transmission cycles like typhoid in the long term, however these changes take substantial time and significant financial investment.

Vaccines are powerful public health tools that can greatly reduce disease transmission in the short term. Many diseases that the urban poor are more susceptible to because of their environment have vaccines available to provide needed protection, allowing families to live healthier and more productive lives. For typhoid, typhoid conjugate vaccines can protect children as young as six months old from this dangerous illness that disproportionately impacts areas where safe water and sanitation are lacking. By prioritizing preventative measures like vaccines, residents can be protected from these health threats while updated infrastructure is being built.

Cities can provide tremendous opportunities, but we should work toward the goal of cities that are beneficial to all who choose to live there. Rapid, unplanned urbanization is unsustainable and has public health as well as social and economic consequences. The world’s largest cities are also often the most unequal, with some reaping the rewards cities provide and others being further marginalized and stuck in the cycle of poverty. In honor of World Cities Day, let’s work together to create sustainable cities and communities that meet the needs of all residents.