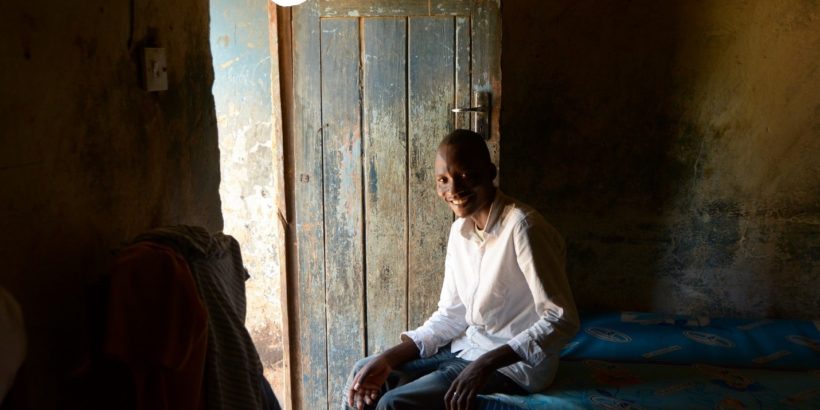 Alubi Black, a 21-year-old Malawian, was dreading going to the hospital. Although Alubi had felt general body aches and had what he thought was a cold for four days, he did not have health insurance and hated the idea of having to go to a public hospital, where there are very long queues of patients and it takes a long time to be seen by a doctor.

“Getting treatment from a public hospital is discouraging and requires a lot of patience,” said Alubi. “Sometimes, after braving the long queues, all you get are painkillers no matter how sick you feel. This is why it took me days to visit the hospital although I was not feeling well.”

When Alubi finally went to the hospital, the doctors tested him for malaria. Typhoid is frequently mistaken for malaria or other illnesses due to similar symptoms. Although the malaria test came back negative, he was given antibiotics anyway while they tested him for typhoid, a practice that, while it can lead to drug resistance, is relatively common in resource-poor settings. Two days later, the diagnostic test confirmed that Alubi had typhoid.

When his family discovered that he had been diagnosed with typhoid, they were relieved. Typhoid is common in their community, so Alubi’s family members knew that it was treatable with a proper diagnosis.

“When I told [my elder sister] about my condition, she was not worried because she knew of people that have successfully received typhoid treatment and are back on their feet,” said Alubi. “She encouraged me to take my mediation and hoped for the best.”

It was good advice, as the majority of typhoid patients will recover with the help of proper antibiotics. With drug resistance on the rise, however, typhoid is becoming more difficult and more expensive to properly treat.

Alubi, however, was lucky enough not to experience any drug resistance. Two days after his medication, he began to feel better and managed to go back to work as a messenger at a local pharmaceutical company, which deducted his already low salary for missing work for three days while he recovered. Alubi knew typhoid was common in his community but he now pays attention to issues concerning typhoid like preventative measures, which includes boiling water and potentially a vaccine.