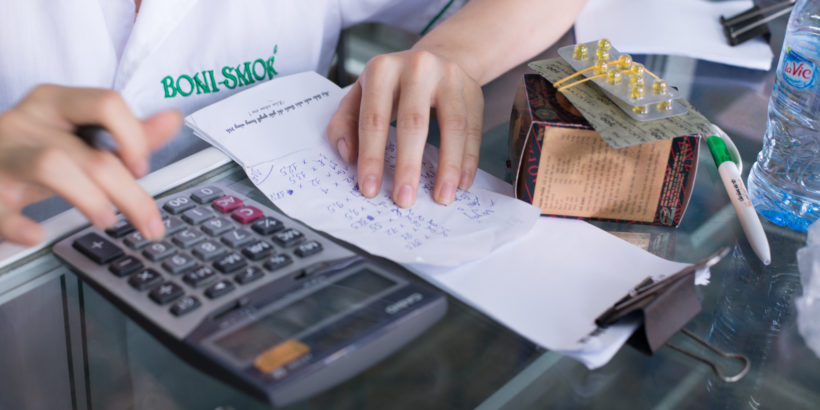 Typhoid is costly. It costs families and medical centers time and resources. It can cost a child days away from school. And it costs government health systems resources. Treatment can be expensive and lengthy—especially for drug-resistant typhoid infections— which takes additional resources, time, and productivity away from families and growing economies.

Typhoid conjugate vaccines (TCVs) are safe and highly effective at preventing typhoid illness and deaths. Globally, health economists work to assess the costs of typhoid illness against the costs and benefits of typhoid vaccination. Such assessments help decision-makers determine how best to prevent and control typhoid. At the 2021 International Health Economics Association (IHEA) World Congress, several health economists presented new evidence on the economics of typhoid. Here are some lessons and data highlighted at the event.

Typhoid is expensive for families.

When a child falls ill with typhoid, the family often must shoulder out-of-pocket costs of treatment in addition to lost time at work to take care of the child. While this truth is widely known based on anecdotal experiences, few studies had quantitatively assessed these costs.

As part of its efforts to generate evidence for TCV cost-effectiveness and impact, the Typhoid Vaccine Acceleration Consortium (TyVAC) conducted a cost-of-illness study in Nepal. The preliminary results found that enteric fever represents a significant economic burden to families in Nepal. Lost productivity (i.e., time that would have been spent earning income) comprised 28% of the total costs during a bout of typhoid in the family. The out-of-pocket costs for families represented 87% of monthly household non-food spending. These costs resulted in 51% of households experiencing short-term catastrophic expenditures.

Further, treatment costs did not end with the acute phase of the illness. Additional spending within 3 months of the illness increased the number of households experiencing catastrophic health spending to 63%. A relatively brief bout with typhoid can leave a family struggling to recover financially for years to come.

The COVID-19 pandemic has exacerbated the costs of typhoid.

Because of the COVID-19 pandemic, care-seeking for illness has decreased or been delayed around the world. In the TyVAC costing study in Nepal, several of the enrolled families were followed before and after the start of the pandemic. About 67% reported delays in care-seeking for enteric fever due to COVID-19, with the lockdown as the primary reason cited. These delays increased the average length of illness by about one day compared to pre-pandemic. The average cost of illness increased, too. The proportion of households experiencing catastrophic health spending due to enteric fever increased from 44% of this group to 78% following the start of the pandemic.

In short, increased out-of-pocket health spending because of pandemic-related treatment delays for enteric fever was catastrophic to households already struggling with reduced resources due to the pandemic.

Country-specific analyses have echoed this finding, including a new TCV cost-effectiveness analysis in India. The analysis found that TCV introduction in urban areas of India could prevent up to 36% of typhoid cases and deaths and would represent a highly cost-effective investment.

Additionally, now that several countries have completed TCV campaigns or introductions, economists are starting to gather real-world delivery cost data to assess the actual costs of vaccination. A new study from Harare, Zimbabwe, calculates the total costs of the 2018 TCV emergency response campaign. This information allows Zimbabwe to plan, mobilize, and identify efficiencies for resources needed to implement future TCV campaigns. This became a reality earlier this year when Zimbabwe officially introduced TCV into routine immunization.