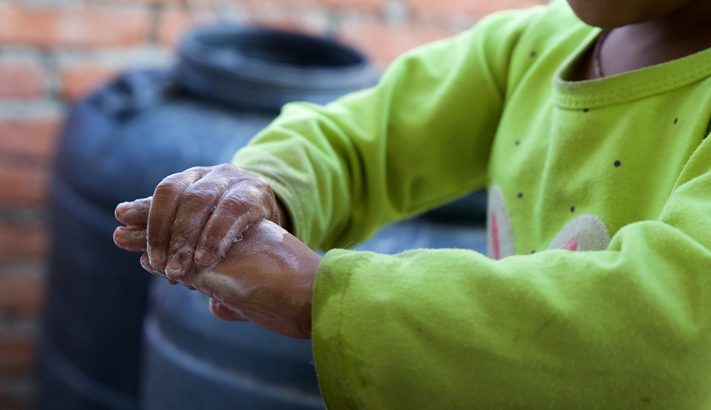 As 2016 has come to a close, our team at the Coalition against Typhoid would like to take a moment to reflect on this busy year. It was a year that illustrated, more clearly than ever, that typhoid is a continuing and major threat to millions around the world. Over the course of 2016, an estimated 21 million people – most of them children – suffered from typhoid. Of these, 220,000 died of the disease. We saw typhoid outbreaks in Malawi, Fiji, Zimbabwe and other countries. In endemic countries like India and Nepal, the monsoon season worsened the impact of this disease. In 2016, typhoid struck at ordinary places like schools and weddings, and also at the most vulnerable places, such as refugee camps, reminding us that this disease doesn’t discriminate.

This year, however, also showed us how inspiring it can be when the world comes together to fight against the disease. We have seen a rise in international commitment to investments in typhoid research and vaccine development, as evidenced by grants like the ones received by the University of Maryland or the University of Otago. New multi-country efforts like the Typhoid Vaccine Acceleration Consortium were established to reduce the burden of typhoid by generating data on typhoid vaccine introduction and rollout. At conferences like the American Society for Tropical Medicine and Hygiene (ASTMH), typhoid received more attention than ever, energizing and inspiring the typhoid community.

It has also been a year of great progress for the Coalition. New strategies and priorities helped us stay on the front lines of the fight against typhoid. In implementing these changes, we had help in the form of ongoing guidance from the top experts in the world. One of our earliest accomplishments in 2016 was the creation of our Steering Committee, which helped us form a new Coalition strategy. The Steering Committee members helped guide the Coalition in picking the priorities that are most important in meeting the needs of the typhoid community.

As part of our new strategy, we wanted to make typhoid’s impact more visible and provide a place where members of the community could keep up-to-date on the latest typhoid news and publications. To that end, we launched a redesigned website, which doubled the number of visitors in the first month and now includes a user-friendly typhoid outbreak and news tracker. We were also excited to introduce the Coalition’s e-newsletter, which brings these important updates directly to the inboxes of our members, keeping the typhoid community better connected and informed.

One of the most exciting features on the new website has been the Stories of Typhoid series. In Nepal, India and Bangladesh, where typhoid is highly endemic, we began this series to put a human face on the suffering caused by this critically overlooked disease. We began with the story of Rasmina, the five-year old in Nepal who we met as she was practicing safe handwashing in the wake of a debilitating case of typhoid.

Throughout the rest of our Stories of Typhoid series, we covered a range of people, from a father of three, to a college student studying IT, to a pediatrician on the front lines of the fight against typhoid. We hope that their stories put faces to the toll that typhoid can take on lives around the world.

We move forward into the new year committed to maintaining and building upon the progress made against typhoid. Our work will help ensure that 2017 will be another year of change and progress as we continue working towards controlling and preventing typhoid.

In particular, we have the 10th International Conference on Typhoid and Other Invasive Salmonelloses to look forward to. This conference, hosted by the Coalition, will bring the typhoid community together in Kampala, Uganda, to learn and share from each other on topics ranging from diagnostics and treatment to case reports to the latest progress on vaccine development. We have received over 130 cutting-edge abstracts for this conference, which come from over 30 countries and address the most pressing issues in typhoid and invasive salmonelloses today.

Going into 2017, there is a tremendous opportunity to build on our progress over the past year for typhoid prevention and control efforts. The Coalition against Typhoid is excited to work with all of our partners and members to reduce the burden of typhoid around the world.

Happy New Year from the Coalition against Typhoid!