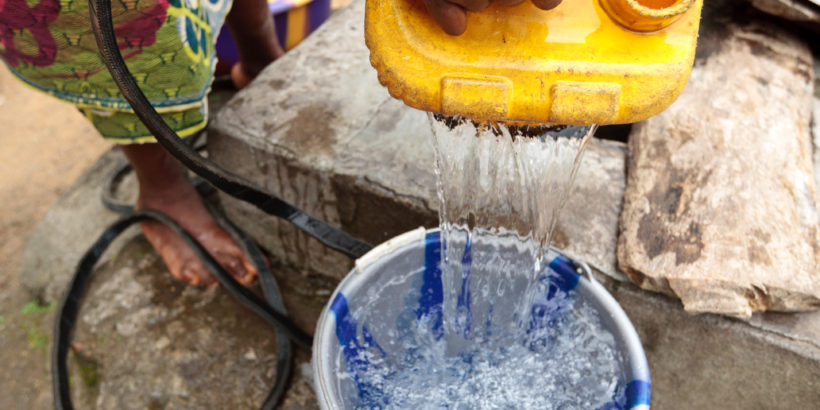 In Malawi, where typhoid is endemic, an outbreak has struck—of all places—a nursing college.

This week, over 200 students at the St. Luke’s College of Nursing in Malosa, Malawi were sent home after a typhoid outbreak raged over the campus. The exact number of cases is uncertain: a news report initially reported 40 cases; a day later, the reported number had risen to 348 cases. Thankfully, there have been no reported fatalities yet.

Outbreaks can happen anywhere, but Malawi routinely ranks near the bottom of any health-care system ranking. Particularly when it comes to typhoid, health education in Malawi is very low. A study conducted there found that, while respondents feared typhoid and considered it extremely dangerous, they also believed that typhoid transmission was airborne, and expressed doubt over the utility of water, sanitation, and hygiene interventions.

Levels of typhoid, malaria, HIV, and other communicable diseases are high nationally, and the country faces a chronic shortage of healthcare workers. The students at St. Luke’s College were desperately needed by a struggling healthcare system. But instead they were sent home by the danger of typhoid.

When typhoid strikes, it does not only do harm to one person. It affects an entire community, sending ripples out into the world. This outbreak disrupted the education of students, keeping them from learning what they need to contribute to Malawi’s health system.

The consequences of this particular outbreak are easy to see. Yet the story is the same for nearly every case of typhoid. Infection and illness can drain family finances, prevent participation in education or work, and disrupt life; these consequences are often unseen and invisible, but they are always present.

Alice Lee is an associate with the Sabin Vaccine Institute.