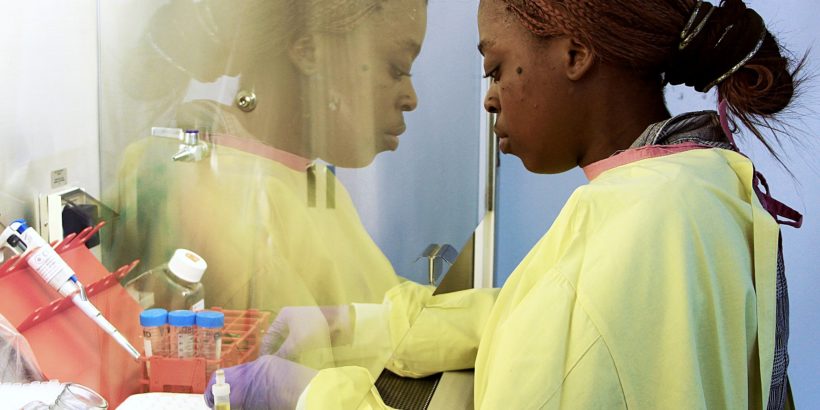 As researchers, doctors, policymakers, and advocates, we are all champions for the control and prevention of enteric fever and nontyphoidal Salmonella invasive disease. To effectively communicate the nuances of public health interventions from vaccine introduction to sanitation infrastructure, it is important that our words are accurate and consistent with the science of enteric fever and nontyphoidal Salmonella invasive disease. However, for the everyday typhoid advocates, some of the science can be pretty…well, science-y. That’s why we’re publishing this three-part blog series, “Back to Basics,” which takes a deeper dive into the fundamentals and nuances of the terminology we use and reference every day.

What’s in a name? With more than 2,600 distinct variations of Salmonella—called serovars—that may cause human infections, correctly defining an infectious agent has profound implications for disease control and prevention. This is especially the case for the bedrock of public health: disease surveillance. We rely on surveillance to accurately understand disease occurrence, so naming conventions allow us to facilitate appropriate outbreak response, ensuring clinicians, researchers, and policymakers are clear about what is causing an illness and how best to intervene.

For example, the new typhoid conjugate vaccine (TCV) holds much promise for communities where Salmonella Typhi is endemic. Given recent data that the vaccine is safe and effective, many decision-makers are thinking about whether and how best to introduce the vaccine into routine immunization programs. But first, they must know about the burden of the specific Salmonella Typhi pathogen to make an informed decision.

To make new vaccine decisions, advocates and policymakers consider disease incidence and severity data. While typhoid and paratyphoid display similar clinical symptoms, each is caused by distinct infectious agents. An important factor to remember during vaccine introduction decisions is that the available typhoid vaccines—including TCV—specifically target Salmonella Typhi, and are not expected to protect against Salmonella serovars Paratyphi A, Paratyphi B, or Paratyphi C, or Salmonella serovars associated with nontyphoidal Salmonella invasive disease. It is important that policymakers understand the different disease caused by each respective pathogen so that the impact of various prevention and control tools is accurately weighed. By using the correct nomenclature, the impact of a disease, as well as the available solutions, is understood more clearly.

As a way to help facilitate conversations that use correct nomenclature, and building off of the Salmonella 101 workshop at the 11th International Conference on Typhoid and Other Invasive Salmonelloses, we’ve developed  a new nomenclature factsheet to serve as a reference point for when we talk about Salmonella.

For advocacy and policymakers alike, a few of the most important points:

For new vaccine introduction decisions, clearly articulating the disease-causing pathogens, and understanding the interventions that will prevent and control illness is sufficient. However, distinguishing between pathogens is just the beginning of the nomenclature discussion. Scientists and researchers sometimes go even further, looking at next-level subdivisions of serovars such as through multi-locus sequence typing, to help further our understanding of disease, and to aid in research and development of new preventative tools and interventions. For the decision-makers considering TCV introduction, understanding which pathogens are predominant and how TCV can positively impact a community is the key to strategic decision-making.