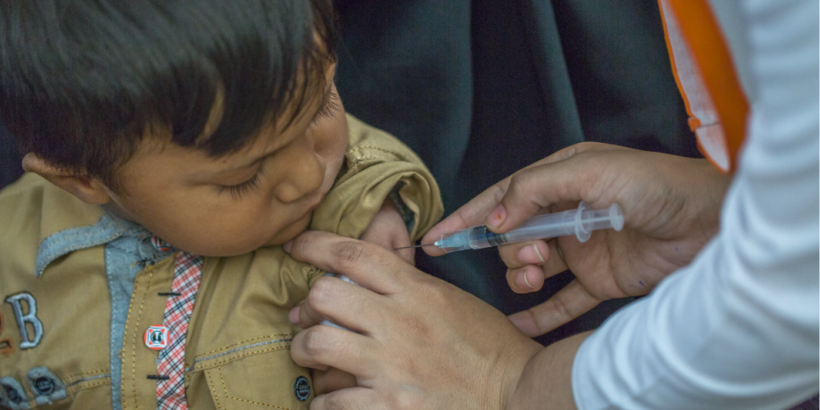 Recent news stories from Democratic Republic of Congo (DRC), Zimbabwe, and Venezuela all have one thing in common: running water is generally not available. The reasons for the lack of running water vary from climate change-induced droughts and flooding, to political turmoil, to overburdened and outdated infrastructure. The risk of illness that comes from collecting water from lakes, boreholes, and unfiltered taps, however, remains consistent across borders. An estimated 800 million people worldwide lack access to clean and safe water. For those forced to use unsafe water, this daily life necessity has the potential to make them incredibly ill. Waterborne diseases, including cholera and typhoid, are far too common.

In some places, people walk to rivers and lakes to collect water. Some communities have central taps or pumps that are only functional for limited periods throughout the day. The impact on families is drastic: little to no clean drinking water, limited use of sanitation facilities, and no water for cooking, cleaning, or washing hands.

But the impact goes beyond the immediate implications. It also means that people who fall ill from waterborne diseases are at risk for decreased school attendance, missed workdays, malnutrition, and economic difficulties as their families try to recover from repeated bouts of illness. This is particularly the case for typhoid, which can have a long road to recovery. Diagnosis for typhoid is often difficult. Misdiagnosis is common. Too often, people receive inappropriate antibiotics that do not eliminate the infection. When this happens, families undertake great expense to return to health facilities to seek care. Ultimately, if a case of typhoid progresses far enough, a person may be admitted to a hospital for intravenous antibiotics.

In order to reduce the risk of waterborne diseases and increase access to safe, clean water, national and local governments must invest in systems infrastructure to bring water to communities and safely manage their fecal waste. These large systems will have to become priorities as investments in the health and economic development of a country.

In the meantime, vaccines are available to prevent against some waterborne diseases. Most recently, the World Health Organization prequalified and recommended typhoid conjugate vaccine (TCV) to help protect families and communities against typhoid. TCV and other vaccines help protect people before they even fall ill, keeping them safer and healthier despite risks from contaminated water. Vaccines are a near-term, readily available solution that offers protection against disease. Meanwhile, governments can continue to coordinate the resources needed for infrastructure improvements.

From communities in the DRC struggling to collect water, to lakes to towns in Venezuela with dried up water taps, low-resource areas around the world desperately need water infrastructure improvements. For health and economic development, water and sewer systems will be imperative. However, for the families who lack access to clean water today, vaccines are an available solution. The reality is, with climate change, ongoing political turmoil, and existing water systems stretched to a breaking point, the risk of illnesses such as typhoid is only going to increase. TCV introduction is a first step to mitigating one of the infections that people can face when they lack access to clean, safe water.