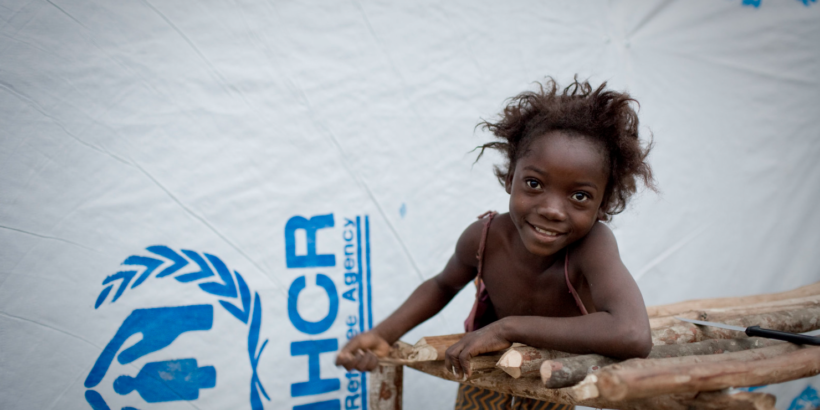 Every year millions of people’s live are irreversibly changed because of conflict, persecution, disaster, or violence in their home country. More than 79 million people – 1 of every 110 in the world – have been forced to migrate from their home, becoming refugees, internally displaced peoples, and asylum-seekers. In fact, in 2019, 26 million refugees crossed international borders in search of protection—the highest number on record. An overwhelming number are children younger than 18 years old.

As refugees often flee to neighboring areas—many with the same social and economic challenges as the communities they leave behind—the host countries often face a strain on government services and infrastructure. An influx of displaced people into camps, urban areas, and informal dwellings can cause overcrowding, poor infrastructure, and limited resources—exposing inhabitants to a host of challenges relating to poverty, education, exploitation, and health.

Crowded and informal communities, most often without basic water, hygiene, and sanitation infrastructure, can lead to a proliferation of diseases and health concerns. Health care for refugees often falls to already overburdened local health systems. In situations where access to health care is limited, and living conditions may be overcrowded and informal, disease prevention and control, often with vaccines, is one of the most effective means of keeping displaced populations healthy.

During the past 15 months, as COVID-19 raged and global leaders as well as national governments raced to prevent and control its transmission, we saw the resurgence of preventable childhood diseases, namely measles and polio. Collectively, we worried about how to safely protect millions of children from preventable childhood illnesses while also keeping health care workers, vaccinators, and families safe from the spread of COVID-19.

We have seen, however, examples of governments working to overcome the challenges of COVID-19 to carryout vaccination campaigns while the pandemic rages. In many instances, these campaigns include reaching refugee populations, recognizing the importance of ensuring that refugees receive quality health care. Earlier this year, in April, when Liberia introduced typhoid conjugate vaccines, the government sought to reach nearly 2 million children, refugee populations included. The government of Liberia committed to protecting all children residing within its borders against typhoid, with a special emphasis on reaching underserved and hard-to-reach populations, working to ensure equitable immunization access.  As such, children across all communities are now protected against typhoid.

Similarly, as the world collectively battles COVID-19, working to reach as many people as quickly as possible with vaccines, at least 54 countries have started vaccinating refugees. Additional countries have stated that they intend to include refugees in their vaccination campaigns. Although supply remains the critical obstacle to making COVID-19 vaccine available to refugees, countries such as Bangladesh, Colombia, Pakistan, Sudan, and Uganda, who host some of the largest refugee populations, have started to make progress with their vaccine rollouts.

If there is one overarching message that the COVID-19 pandemic has collectively taught us, it is that we are not safe until everyone is safe. Access to vaccines – from measles, polio, and typhoid to COVID-19 – are fundamental for our world to get back on track collectively. As refugees leave behind their homes and lives to seek out safety and stability, the threat of infectious diseases such as typhoid and COVID-19 cannot be ignored. In difficult circumstances, where the road forward is often fraught with challenges, access to vaccines offers a glimmer of hope. It is a glimmer of a healthier future, with one less challenge looming in the distance.

On this World Refugee Day, we applaud the national governments working to reach refugee populations with routine childhood vaccines as well as TCV and COVID-19 vaccines so that we are all, collectively, protected.