Last week, the World Health Organization (WHO) released a revised position paper on typhoid vaccines, recommending the introduction of typhoid conjugate vaccine (TCV) for infants and children over six months of age in typhoid-endemic countries. Where feasible, vaccine introduction should be accompanied by catch-up vaccination campaigns for children up to 15 years of age. Additionally, the position paper recommended prioritizing TCV introduction in countries with the highest burden of disease or a growing burden of drug-resistant typhoid, and in response to confirmed outbreaks of typhoid.

TCVs have the advantages over other currently licensed typhoid vaccines of providing longer-lasting protection, requiring fewer doses, and being suitable for children younger than two years of age, resulting in better protection of young children and delivery through routine childhood immunization programs. Gavi, the Vaccine Alliance recently approved US$85 million to support the introduction of the TCV into countries’ routine immunization schedules as well as single dose catch-up campaigns for children up to 15 years of age. With supportive global and financial policies in place, typhoid vaccines, in addition to water, sanitation, and hygiene interventions, can reach those who need them most and reduce the burden of typhoid fever.

In early March, Gavi released their application guidelines and supplemental documents for typhoid vaccine support, formally welcoming countries to apply for funding to introduce TCVs into their routine immunization programs. Gavi support is also available to countries for catch-up campaigns for children up to 15 years of age. The guidelines detail the application requirements, process, and eligibility criteria that countries must follow to request financial support from Gavi. Deadlines to submit applications this year are May 1 and September 10, 2018. Countries that apply in May could begin TCV introduction as soon as mid-2019.

Following WHO’s recommendation, Gavi issued a statement calling for countries to apply. Typhoid disproportionately impacts young children in low-resource settings, and the introduction of TCVs into routine immunization programs has the potential to decrease suffering and save lives for those most vulnerable to the disease.

A typhoid outbreak in Hyderabad, Pakistan, that has sickened more than 800 people since it began in late 2016 was recently linked to a new, extensively drug-resistant (XDR) strain. Clinicians treating the outbreak observed resistance to not only the three first-line antibiotics and fluoroquinolones, but also a third-generation cephalosporin called ceftriaxone, classifying the strain as XDR typhoid. Because this strain is only susceptible to a limited number of antibiotics that can be expensive and difficult to access, it poses a higher lethal threat, particularly in low- and middle-income countries like Pakistan.

In an effort to learn more about this new strain, researchers at the Wellcome Sanger Institute, University of Cambridge, and Aga Khan University quickly worked together to sequence its DNA. The analysis, recently published in mBio, found that this new strain has the potential to develop and spread globally, confirming the dwindling antibiotic arsenal for typhoid treatment and the increasing importance of prevention; an accompanying commentary framed these findings within a historical perspective. Fortunately, an emergency vaccination campaign using the newly WHO-prequalified and recommended Typbar TCV® typhoid conjugate vaccine is already underway to stem the outbreak.

With the introduction of new prevention tools like the TCV, as well the emergence of greater and new challenges like extensively drug-resistant typhoid, collaboration to shape solutions is more important than ever. The conference expects to host more than 300 participants from around the world and provide a foundation for global action against typhoid and other invasive salmonelloses. More information about conference registration, abstract and symposia submissions, and sponsorship opportunities will be available on the Take on Typhoid website in the coming months. 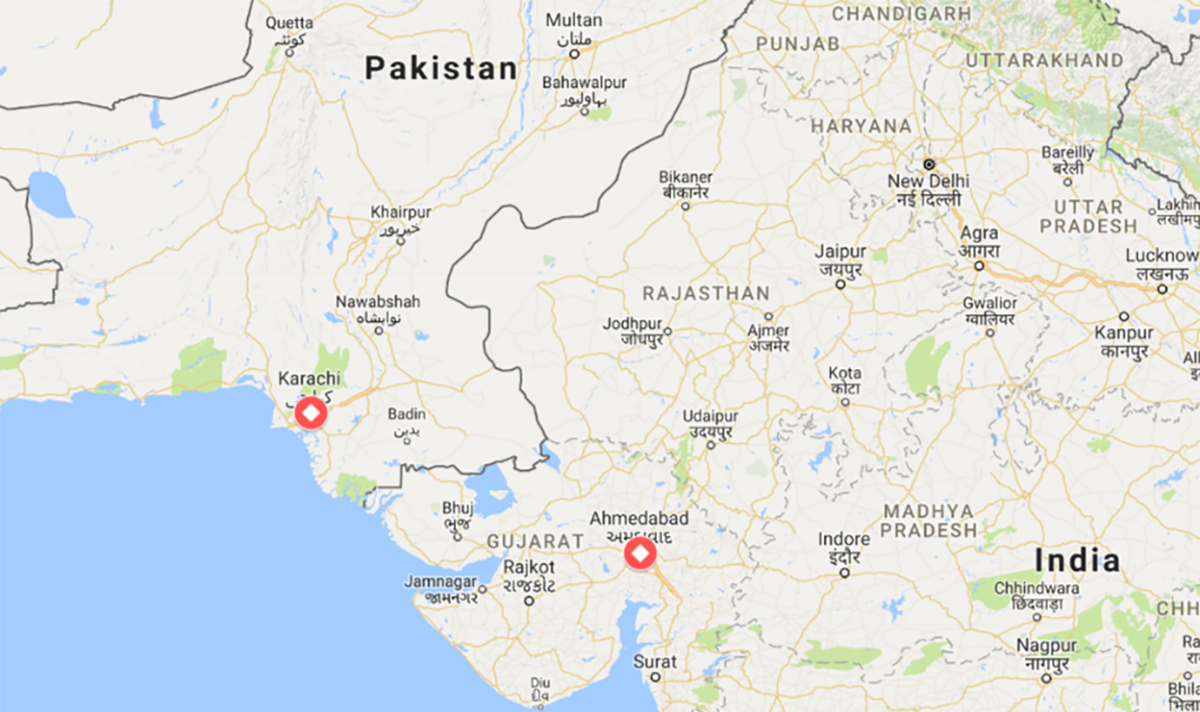 Cases of drug-resistant typhoid have emerged in Karachi, Pakistan. This comes on the heels of an extensively drug-resistant typhoid outbreak in Hyderabad, Pakistan, about 150 kilometers away. The cases in Karachi are not responding to third-generation antibiotic cephalosporins, including cefixime and ceftriaxone, which are the current drugs of choice for typhoid in Pakistan.

The health department in Ahmedabad, India, has reported a sudden increase in waterborne diseases, including 166 cases of typhoid since the beginning of the year.