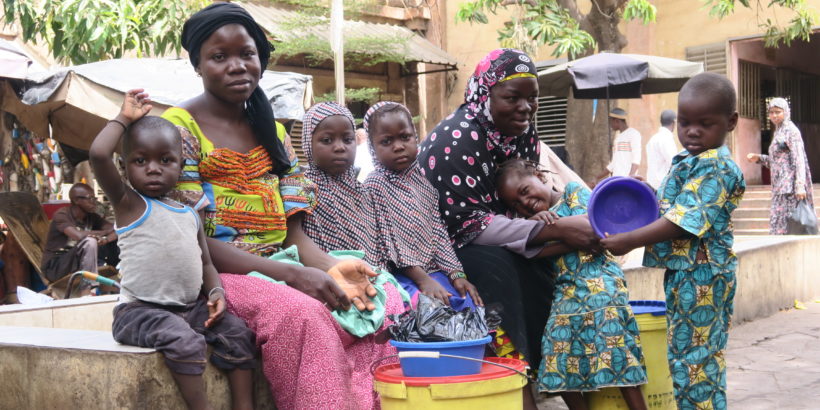 Typhoid and paratyphoid continue to be important causes of preventable morbidity and mortality―estimated to impact 12-16 million people and result in 77,000-219,000 deaths―that disproportionately affect children. While we know these diseases are overwhelmingly concentrated in low- and middle-income countries (LMICs), the lack of burden data threatens to hinder introduction of typhoid conjugate vaccines (TCV) and monitoring efforts to combat these diseases. Even highly endemic countries face challenges due to variable quality and geographic or temporal distribution of the data. The historical reason for this has been the complexity and cost of disease surveillance programs needed to fill these data gaps. Environmental sampling can be an effective tool in this effort and potentially serve as a predictor of typhoid risk through surveillance of water and sewage for Salmonella Typhi―the organism causing typhoid.

LMICs need an affordable, accurate, and sustainable way to assess typhoid burden and as TCVs are introduced, monitor vaccine impact. While blood culture-based population surveys have remained the gold standard for typhoid assessment and monitoring, many LMICs―where typhoid burden is high and available data low―lack the laboratory capacity or public health infrastructure to make this a viable option. Environmental surveillance can potentially complement or replace conventional methods.

Environmental surveillance is an emerging tool currently used for other infectious diseases. The approach involves collecting samples from media―such as water and sewage―and testing them for typhoid or other indicators of disease. Environmental surveillance is well-suited for typhoid, which is thought to spread through drinking water systems and lacks environmental reservoirs that allow prolonged survival outside of human hosts. Identifying Salmonella Typhi-containing water sources may enable targeted efforts to improve sanitation and the provision of clean water.

With increasing drug resistance, the risks of typhoid infection are growing as urbanization and climate change set the stage for a global resurgence. At the same time, we’ve never been armed with better tools to prevent disease; new TCVs are safe, effective, and World Health Organization recommended.  However, data are essential to support decision-making and priority setting for each country as well as for Gavi, the Vaccine Alliance to plan vaccine allocation. Environmental surveillance could offer a potentially cost-effective method to collect the data and identify high-risk typhoid settings, particularly in areas without robust, blood culture-based surveillance.

Environmental surveillance of typhoid is not without challenges―Salmonella Typhi has been very difficult to isolate and recover from water and environmental samples. While historical reports of successful isolation date back 100 years, culture attempts have remained inconsistent, complicated by complex environmental “stews” that include a myriad of competing bacteria. New molecular-based approaches, such as real-time polymerase chain reaction, have helped overcome these limitations, but the promise of environmental surveillance depends on how effectively and efficiently these tools can yield meaningful data on typhoid risk and presence. While there is still work to be done to develop and validate a viable approach for environmental surveillance, a golden opportunity awaits. If successful techniques can be developed, they could play an important role in the management and control of typhoid.