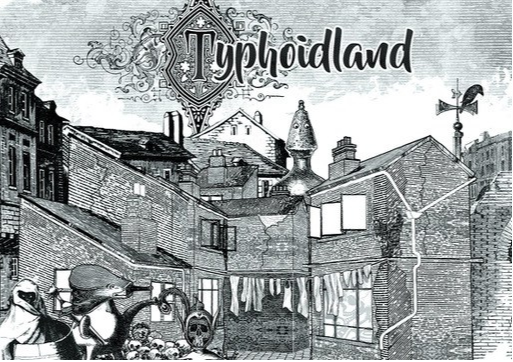 Remarkably, however, even improved knowledge of how diseases are transmitted did not always lead to effective control strategies. In the case of Western Europe and the United States, Governments were aware of the waterborne connotations of typhoid and other enteric diseases as early as the 1850’s, but these officials developed very different – and not always effective – strategies for typhoid prevention. This story of uncoordinated policies and continued disease repeated itself throughout the 20th century. Although typhoid burden diminished rapidly throughout industrialised countries from the 1880s onwards, prompting heroic tales of sanitary reform, it is quite hard to pinpoint exactly which measures led to typhoid no longer being endemic in Western Europe and the United States today.

Revaluating the impact of different control measures is not only an interesting historical riddle but can hold useful insights for typhoid control strategies in current endemic settings. During the past year, our research at the University of Oxford has focused on reconstructing the historical disappearance of typhoid from Oxford’s streets between the 1860s and 1940s. We have consulted archival material on disease incidence, sanitary interventions, the personal correspondence between leading local reformers, and public sources such as newspapers, highlighting popular conceptions of typhoid and disagreements about appropriate control measures. What we have learned is an intriguing story of ‘hit-and-miss’ approaches to typhoid control that were characterised by power struggles between local and central government authorities, different medical factions, long-term tensions between city authorities and a powerful yet often disengaged university, and varying misconceptions of how typhoid is caused, ranging from dangerous sewer gas to undetectable pathogens in the Thames.

Following a 30-year impasse on local sanitary reform in the wake of the 1830s cholera pandemic, an increasingly rigorous campaign of sanitary interventions emerged as a result of high-profile deaths amongst the Oxford’s students and the availability of cheap government-facilitated municipal credit. Between the 1870s and 1890s, all of the city’s houses were connected to a functioning sewage system linked to a local sewage farm and a rate-financed piped water supply. The source of the supply was moved upstream of the city. Despite setbacks and infrastructural faults (including the contamination of water reservoirs by local cesspools), the combination of sanitary interventions was deemed successful by contemporaries. It significantly reduced both typhoid incidence and mortality. By the 1930s, typhoid was no longer a major waterborne public health challenge in Oxford but a low-lying endemic threat posed by undetected chronic carriers and poor food hygiene. After 1945, new technologies such as vaccination, targeted carrier identification, and effective antibiotic treatments enabled local authorities to launch a successful campaign of targeted local eradication.

Today, scientific understanding of how to prevent and treat waterborne diseases such as typhoid is well established. However, similar to the 1900s, the best plan of action likely remains a multisectoral mix of horizontal and vertical interventions. It also entails the development of sustainable financing, enabling local actors to reduce disease prevalence via infrastructure development and providing sustainable universal access to safe and affordable drinking water and wastewater treatment. Typhoid still sickens an estimated 11–20 million people each year, with between 116,000 and 161,000 deaths. Integrated solutions of improving water, sanitation, and hygiene; diagnostics; and typhoid conjugate vaccines are recommended, but the past shows us how difficult this integration can be.

This research at the University of Oxford will contribute to a forthcoming Special Supplement entitled “Making a Difference: Typhoid past, present, and future” in Clinical Infectious Diseases. Our work about the history of typhoid and current challenges will also form the basis of a public engagement campaign, including a physical exhibition and online resource; see www.typhoidland.org and follow us on Twitter @typhoidland.