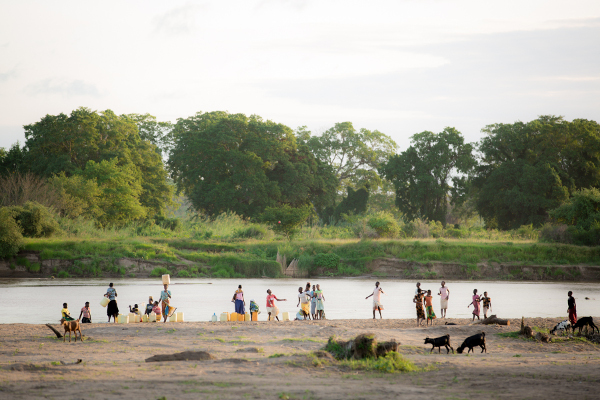 In the wake of the strongest El Niño event ever recorded, severe drought is strongly affecting parts of Southern Africa, causing crops to fail and water sources to dry up. As a result, food shortages are ramping up precipitously and millions of people are food-insecure. It is a slow-motion public health emergency.

Natural disasters like the current drought enable infections like typhoid to spread. Just as too much water—flooding and heavy rains—can increase the risk and danger of typhoid, too little water can also create serious health concerns, since pathogens easily contaminate the warm and shallow waters like the ones that persist during drought conditions.

In Zimbabwe, the drought has been particularly hard. Officials have confirmed 60 cases of typhoid in the capital city of Harare, prompting nationwide alerts for the disease. Hospitals are running low on medicine. Dams are drying up all over the country, forcing strict water rationing. Many Zimbabweans have had to resort to drinking from shallow wells, which get contaminated easily. Communities have closed public toilets due to a lack of running water to flush them. One student has died from typhoid, and another outbreak has started at another high school across the country. The rise in typhoid cases is quickly becoming a full-fledged national health crisis.

When water sources run dry, people often sacrifice hygienic habits to conserve water. Handwashing rates often decline, increasing the risk of spreading pathogens. Fruits and vegetables may not be washed as thoroughly with water, or washed with water that has been recycled from previous use. Water contaminated with human sewage might then be used to irrigate crops. To make matters worse, the ensuing food shortages can also cause malnutrition, which reduces the body’s ability to fight off infection.

This cycle of drought and disease is unlikely to cease anytime soon. If anything, climate change is expected by many to exacerbate these natural disasters in the future. Vaccination programs, as well as improvements in water access and sanitation, can mitigate the effects of a disaster before it begins. A 1995 typhoid vaccination program in Guangxi, China, for example, was effective in both significantly reducing the level of endemic typhoid and in controlling outbreaks. The case in China may provide hope for future outbreaks in drought-stricken Zimbabwe. By providing a base level of protection, vaccines can stop an outbreak before it begins —a factor that will become increasingly important as climate-related outbreaks and infections become more common.