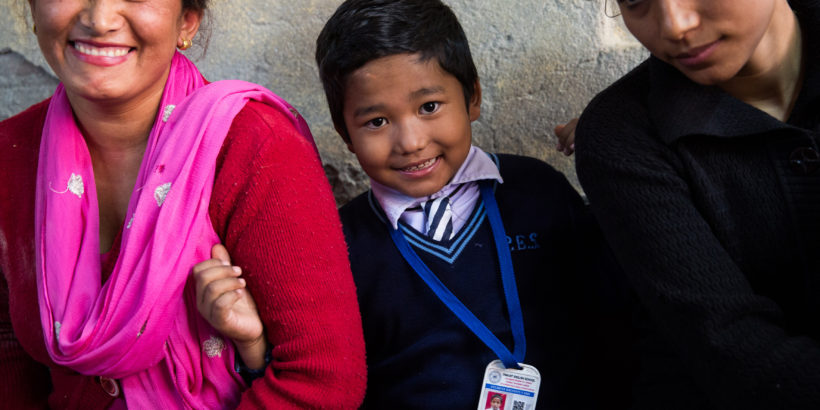 Now that it’s 2018 and we’re finishing a whirlwind couple of weeks of exciting announcements, it’s incredible to look back at the progress made in 2017 in the fight against typhoid. Together, our hardworking and dedicated colleagues and partners at the front lines of typhoid research, policy, advocacy, prevention, and control around the world took on typhoid in new and impressive ways.

Let’s take a look back at a few highlights accomplished by the typhoid community in 2017:

1. In January, the new Typhoid Vaccine Acceleration Consortium (TyVAC) began. The University of Maryland School of Medicine Center for Vaccine Development, in partnership with the Oxford Vaccine Group at the University of Oxford and PATH, received funding from the Bill & Melinda Gates Foundation in late 2016 and got off the ground in early 2017. TyVAC employs a multidisciplinary approach to accelerate access to typhoid conjugate vaccines (TCVs), which can trigger a stronger immune response in infants and children than current typhoid vaccines.

2. In April, the Coalition against Typhoid convened the 10th International Conference on Typhoid and Other Invasive Salmonelloses in Kampala, Uganda. Over 300 experts from around the world gathered to share research and discuss how to turn evidence into action. Discussions included the rise of drug-resistant typhoid, the promise of TCVs and opportunities of TyVAC, the increasing recognition of typhoid’s burden in sub-Saharan Africa, and the need to integrate improvements in water, sanitation, and hygiene (WASH) into typhoid prevention and control programs.

3. In September, a team at the University of Oxford published groundbreaking research on TCVs. The study, published in The Lancet, used a challenge model among healthy British adults to show that typhoid conjugate vaccines are 87% effective. This news added momentum to global efforts for access to TCVs and informed decision-making at the World Health Organization (WHO).

4. Also in September, TyVAC and the Coalition against Typhoid joined forces to launch the Take On Typhoid partnership. (That’s us!) Building on the momentum, experience, and expertise of diverse partners, Take On Typhoid focuses attention on typhoid and the need for TCVs and WASH interventions to reduce the burden and impact of typhoid fever. We aim to be a one-stop shop for all typhoid advocacy needs – follow us on Twitter or Facebook, too!

5. In October, WHO’s Strategic Advisory Group of Experts (SAGE) on Immunization recommended the use of TCVs in the routine immunization programs of typhoid-endemic countries. A SAGE recommendation is usually the precursor to the formal WHO recommendation in an updated typhoid position paper, which is expected in 2018.

6. In November, Gavi, the Vaccine Alliance announced US$85 million to support Gavi-eligible countries to introduce TCVs. Country applications will be accepted starting in the second half of 2018 for introductions in 2019 and 2020. This funding opens the way for low-income, high-burden Gavi-eligible countries to affordably introduce safe and effective typhoid vaccines.

7. In December, WHO prequalified the first typhoid conjugate vaccine – Typbar TCV®. Prequalification means that a typhoid conjugate vaccine now has the WHO stamp of approval and can be purchased by and for countries through United Nations procurement agencies. This is especially important for Gavi-eligible countries, since Gavi only purchases vaccines that are prequalified.

The list could go on – from the publication of other pivotal typhoid research to local and national efforts against typhoid outbreaks, 2017 was a truly exciting year for efforts to take on typhoid. But it was not by coincidence. The rise of drug-resistant typhoid combined with global trends of urbanization and climate change, which can increase risk factors for the spread of typhoid, have raised the urgency of prevention.

Thanks to the hard work of so many global partners to raise awareness of the burden of typhoid and accelerate access to proven interventions, however, we are more optimistic and motivated than ever about taking on typhoid. And lots of work still remains ahead of us. This year, we need to raise more awareness and work with countries to help them decide if, when, and how to introduce TCVs alongside WASH interventions as part of a comprehensive approach to typhoid prevention and control.

Laura Kallen is a Senior Scientific Communications Associate at PATH.