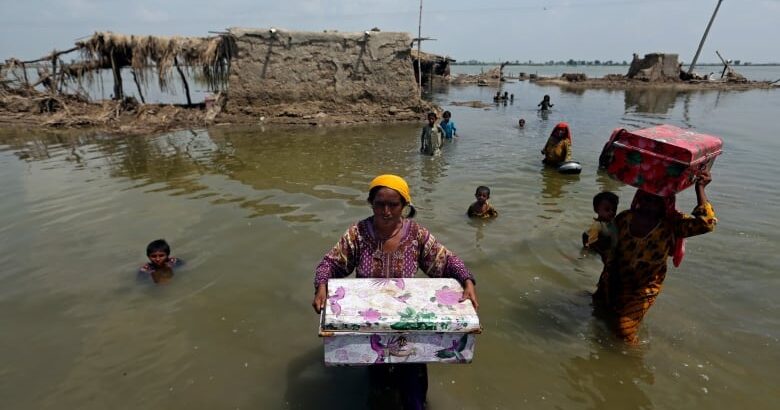 Droughts, floods, earthquakes—disasters our planet knows all too well. We have seen how these disasters have dramatic impacts on the health of communities. The recent unprecedented flooding in Pakistan is no exception. Floods inundated the country in early July, which left southern villages completely submerged. The United Nations has classified this climate-related destruction as a grade 3 emergency with an estimated 1,300 dead, millions displaced from their homes, and one-third of the country remains underwater. Millions of people are at higher risk for waterborne diseases, including diarrhea and typhoid.

We continue to be reminded that climate change poses increased threats to human health, especially among vulnerable populations. In addition to being a humanitarian disaster, the floods have disrupted access to health services. They have put severe pressure on an already fragile health system. Pakistan is an example of a country reeling from the strongest effects of climate change despite minimal contribution to greenhouse gas emissions; less than 1% of global greenhouse gas emissions are attributable to Pakistan.

Prior to the floods, Pakistan already faced increased risk of disease outbreaks due to the lack of improved water, sanitation, and hygiene (WASH) infrastructure. The flooding has only exacerbated the risk of disease as many WASH facilities have been compromised. As a result, immunization—and protection against waterborne pathogens—is an upmost priority in Pakistan.

Pakistan’s long running burden of typhoid, and increasingly drug resistant typhoid, led the government to begin a phased nationwide introduction of typhoid conjugate vaccine (TCV) in 2019. TCV is a proven intervention with 85% vaccine efficacy. TCVs can provide protection for individuals living in typhoid-endemic communities and in areas prone to extreme floods. Phased introduction of TCV has protected some communities, mostly in urban centers, and has the potential to reduce transmission in those areas. However, some of the communities most impacted by the current flooding have not yet accessed TCV. The circumstances of the floods in Pakistan, and the concerns about increased disease transmission, serve as a reminder of the importance of vaccine availability. This helps to ensure children are protected regardless of where they live. The government of Pakistan, alongside local partners, is working to introduce TCV in the remaining provinces in the coming months.

WASH infrastructure improvements and increased access, alongside TCVs, offer a proven set of interventions that work to reduce typhoid burden. There is urgent need for action against the ongoing threats of climate change; vulnerable communities continue to be disproportionately impacted. Global and national leaders can put into place nearly immediate solutions—such as TCV—to protect their communities while the impact from infrastructure policies and improvements elicit change in the long term.