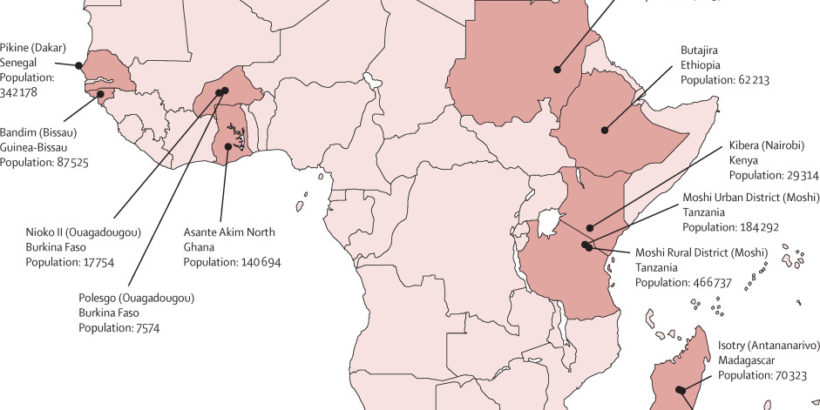 For years, little was known of the typhoid burden in Africa, even though outbreaks of multi-drug resistant typhoid were becoming increasingly common. This lack of information spurred the Bill and Melinda Gates Foundation to fund the Typhoid Fever Surveillance in Africa Program (TSAP) through the International Vaccine Institute, a first-of-its-kind study established to shed light on true extent of the typhoid burden and multi-drug resistance distribution on the continent. The results from the TSAP, recently published in the Lancet Global Health, represent the most comprehensive and rigorous analysis of typhoid in Africa and could change our understanding of the disease burden across the continent.

The findings varied just as widely, with an adjusted incidence rate of S. Typhi per 100,000 person-years ranging from 0 in Sudan to 383 at one site in Burkina Faso. An incidence greater than 100 per 100,000 is considered high. For the most part, however, the overall incidence is an estimated two to three times higher than the previous estimate of 10 to 100 cases per 100,000 people. In some settings, the incidence is similar to that found in Asia, where the burden of endemic typhoid is very high.

The TSAP study also looked at the incidence of invasive non-typhoidal Salmonella (iNTS), which ranged from 0 in Sudan, Ethiopia, Madagascar and South Africa to a high of 237 per 100,000 people in one site in Burkina Faso. The analysis of the antimicrobial susceptibility profile also showed variations between sites with an overall 47 percent to 48 percent multi-drug resistance for S. Typhi and iNTS isolates, respectively.

Overall, the study found that typhoid fever and iNTS disease are major contributors to disease burden in Africa, particularly in children. These findings should encourage the implementation of prevention and control measures, like typhoid conjugate vaccines, in high-incidence settings in Africa.

The importance of the TSAP findings in Africa reveals the relevance of enteric fever surveillance projects in shedding light in threats to global health. These important findings will be augmented by the Surveillance of Enteric Fever in Asia Project (SEAP), a project of the Sabin Vaccine Institute, along with a continuing surveillance project of severity of typhoid fever in Africa – Severe Typhoid Fever Surveillance in Africa (SETA) Program – allowing us to understand the threat that typhoid poses on these two continents.