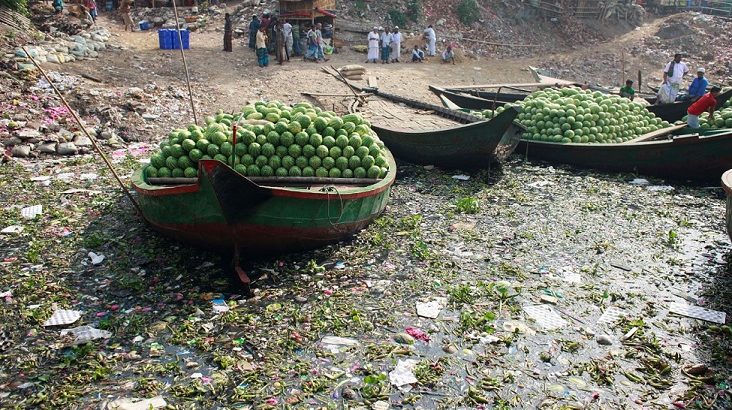 In the span of two weeks this summer, monsoon-related flooding and landslides killed more than 50 people in Nepal and 200 people in India. The communities affected by these natural disasters have barely begun to recover, and they are not out of danger yet. Monsoon rains can damage water, sanitation and hygiene (WASH) infrastructure and cause a surge in breeding grounds for disease vectors, increasing the threat of diseases such as typhoid, cholera, malaria, and dengue, and endangering communities’ health for months to come.

Typhoid, a common disease in Nepal and India, is spread by the consumption of food and water contaminated with the bacteria Salmonella enterica serovar Typhi. When monsoons bring intense rainfall across the region every year between June and September, the threat of typhoid can increase. The substantial rainfall overwhelms and damages local WASH infrastructure by clogging storm drains, flooding streets with wastewater, and ultimately leaving a community’s water supply vulnerable to fecal contamination. Damage to waste facilities such as latrines contributes further to the buildup of waste in residential areas, heightening the risk of contamination. Residents of urban slums and refugee camps, with already insufficient WASH infrastructure, are especially at risk.

To protect against this annual threat, news media and government agencies regularly issue warnings about the dangers of contaminated water due to flooding. But with monsoon season becoming more severe due to a warming climate and changing weather patterns, the risk of natural disasters and increased disease transmission are anticipated to extend beyond the traditional duration of monsoon season. For typhoid, an illness with more than 12 million cases a year, this could mean a devastating rise in disease burden.

WASH infrastructure is a key part of the integrated package of solutions required to take on typhoid, but progress from such interventions alone may be slow given the significant investment needed to bring these tools to hard-to-reach, high-risk populations. As a result, the preventative role of typhoid conjugate vaccines (TCVs) alongside WASH interventions is critical to mitigate the threat of increasingly severe monsoon seasons.

In particular, new TCVs have great potential to dramatically reduce the burden of typhoid in regions such as South Asia. These vaccines are notable because, unlike previously available options, TCVs provide longer-lasting protection, require fewer doses, and are suitable for children under two years of age. For communities in Nepal and India, the benefits of TCVs could be realized in the near future. During the past year, the World Health Organization officially recommended the introduction of TCVs and Gavi announced funding to support the introduction of these vaccines in eligible countries.

The impact of future monsoon seasons is uncertain, but the potential for TCVs to protect typhoid-endemic communities across South Asia is clear. By combining vaccines with improvements to make WASH infrastructure more resilient to extreme weather events, TCVs can protect vulnerable populations from the potentially devastating health consequences caused by the annual monsoon.