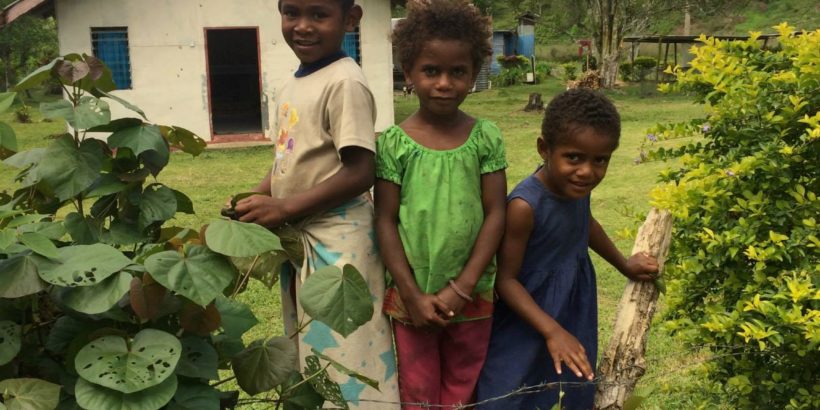 Typhoid is a serious and potentially fatal disease spread through contaminated food and water that causes a substantial public health threat in many low-and middle-income countries. The prevalence of typhoid is high in areas that lack clean water and proper sanitation – environments that can foster the spread of typhoid. Typhoid disproportionately affects such communities in Asia and sub-Saharan Africa. However, Oceania currently has the lowest coverage of improved drinking water and sanitation and there is a large and under-appreciated typhoid burden. Recent collaboration between the University of Otago, the Fijian Ministry of Health, Fiji National University, University of Melbourne, and others, identified unimproved and damaged sanitation facilities as the major source of Salmonella Typhi in Fiji, with waterborne transmission from contaminated surface water and foodborne transmission from unwashed produce also playing a major role in the spread of typhoid.

The Republic of Fiji, an upper-middle income country, has reported increasing cases of typhoid as well as frequent outbreaks. A new study published in PLOS Neglected Tropical Diseases identified local risk factors and collected epidemiological data to better understand the sources and modes of transmission of typhoid in Fiji.

Data show typhoid occurs in both urban and rural populations in Fiji. Access to safe water for rural populations is an on-going challenge. The authors found members of the community without access to improved sanitation facilities at greater risk for typhoid. Although improved sanitation and protection of water sources would decrease the transmission of typhoid, limited infrastructure and resources make this an especially difficult solution for low-resource countries.

Improved access to clean water, adequate sanitation facilities, and hygiene practices (WASH) is essential to the fight against typhoid. Until clean water and improved sanitation are the norm, prevention through an integrated approach that includes vaccines, WASH, and appropriate treatment can improve the detrimental impacts of this disease.

Earlier this year, the World Health Organization (WHO) recommended the introduction of typhoid conjugate vaccine (TCV) for infants and children over six months of age in typhoid-endemic countries. TCV offers a means to prevent typhoid while countries work to address the longer term challenges of improved sanitation and water supply.

With a growing typhoid problem in the Pacific, the findings in Fiji may be reflective of other countries in Oceania with similar socioeconomic and environmental conditions. Effective typhoid control is possible with continued improvement in WASH and introduction of recently recommended TCVs.