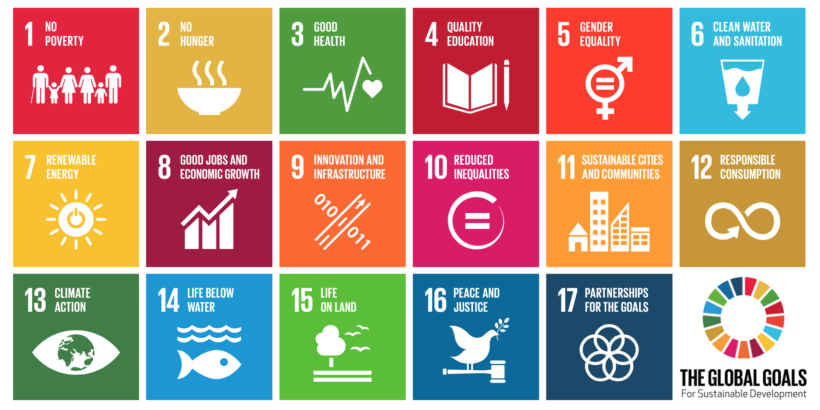 One year ago, tasked with the mission of uplifting societies around the world, the United Nations Development Program created a call to action known as the Sustainable Development Goals (SDGs) to fight poverty and promote sustainable peace and prosperity for all. These Global Goals, as they’re also known, identify targets for a variety of focus areas to be met by 2030.   CaT recognizes that effective typhoid prevention and control, through vaccines and improved water and sanitation infrastructure, is a critical piece of these goals’ successes.

Like many important global issues, typhoid, a bacterial infection impacting over 20 million people a year, is crucially intertwined with inequality and the environment. At its heart, typhoid is a disease of poverty, existing where communities do not have access to basic infrastructure and vaccines.

Typhoid, similar to other infectious diseases, is one of many factors that can keep families and communities in poverty. Its pervasiveness is inextricably tied to hunger, poor health, low quality education and lack of access to clean water and sanitation – some of the same factors that the SDGs target:

Goal Two — No More Hunger: Malnutrition can increase vulnerability to diseases like typhoid, which can also be transmitted through contaminated food. Safe and plentiful food can help reduce the risk of typhoid in vulnerable populations.

Goal Three — Good Health: By preventing typhoid, we can ensure that all members of society grow up without suffering the side effects of this disease, including fever, fatigue, intestinal hemorrhage, delirium, coma and death.

Goal Four — Quality Education: Typhoid overwhelmingly targets school-age children, keeping them out of school for days or weeks at a time. By targeting school-age children for typhoid vaccines, we can keep them in school and eliminate one of the causes of school absenteeism. In other words, fully vaccinated kids are smarter kids.

Goal Six — Clean Water and Sanitation: Clean water and improved sanitation infrastructure can reduce a large number of typhoid infections and deaths, taking the fear of disease out of drinking water. While cleaner water and sanitation is a key strategy for preventing typhoid, these will also prevent the ill effects of other waterborne infectious diseases such as shigella, E.coli and amoebic dysentery.

But to successfully fight typhoid, communities must be strong economically, as well. Part of leaving typhoid in the past means innovation, infrastructure and economic growth. The SDGs economic targets are equally vital to preventing typhoid:

Goal Eight — Good Jobs and Economic Growth: Typhoid can take ill workers out of the workplace for days or weeks at a time, limiting a country’s workforce and economic growth.

Goal Nine — Innovation and Infrastructure: New vaccines, like the typhoid conjugate vaccines currently in development, are necessary to prevent typhoid, and modern water and sewage infrastructure can reduce typhoid transmission.

Goal Ten — Reduced Inequalities: Varying access to clean water and other social determinants of health, such as quality of working infrastructure and access to vaccines and treatment are directly responsible for the spread of typhoid.

Typhoid is also linked to the goals on climate change:

Goal Thirteen – Climate Action: The link between extreme weather like rains and flooding and typhoid is well known. Weather can damage water and sewage pipes, increasing the risk of contamination and making entire communities vulnerable to disease. Rising sea levels threaten access to clean water for those in low-lying lands, putting them at greater risk of typhoid transmission, while migration caused by climate change means that diseases like typhoid can be spread to new places.

Although typhoid’s impact on poverty, sustainable peace and prosperity may seem limited as a single disease, it is closely connected with many of the SDGs, from health and education to jobs and infrastructure and more. Supporting typhoid prevention and control efforts is a straightforward, practical and cost-effective way to make progress on many of the Global Goals in a way that will benefit the entire world.