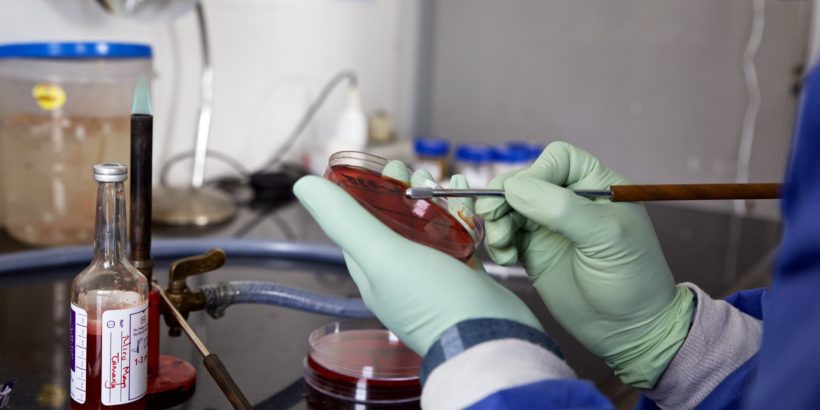 The abuse and misuse of antibiotics has led to the creation of bacteria strains that are resistant to standard medication, requiring more expensive and risky treatments for some diseases. Typhoid, a bacterial infection transmitted through contaminated food and water, is one of those diseases.

Typhoid is caused by the bacteria Salmonella typhi and kills more than 200,000 people each year. The H58 strain of Salmonella typhi is a multidrug-resistant (MDR) bacteria that has emerged over the past 20 years. Originating in Southern Asia, H58 can now be found in areas in sub-Saharan Africa that were previously not typhoid endemic. Since the emergence of this strain, MDR typhoid has skyrocketed in sub-Saharan Africa. For example, a study conducted by the Wellcome Trust in Malawi found MDR typhoid cases increased from 6.8 percent in 2010 to 97 percent in 2014. Genomic sequencing revealed that 47 percent of the MDR strains were a direct result of the H58 strain of typhoid.

A similar study in Kenya covering 20 years of blood culture isolates (isolates are pure parts of a bacteria that have been “isolated” through the blood culture process in order to be analyzed for sensitivity to antibiotics) showed that 73.3 percent of isolates were able to be treated by antibiotics prior to 1993. But within the last seven years, this has changed, with only 22.8 percent of isolates able to be treated by antibiotics. The influx of MDR typhoid in Kenya is also attributed to the spread of H58.

MDR bacteria is not new to the global health community. The most well-known examples of a disease becoming resistant to first-line antibiotics is MDR tuberculosis (MDR-TB) and extensively drug resistant tuberculosis (XDR-TB). Despite the emergence of these dangerous strains, global investment in tuberculosis primarily focused on treatment, rather than prevention, to control the disease. Treatment for MDR-TB is now 50 to 200 times more expensive and the disease takes three times longer to cure than normal tuberculosis.

The typhoid community must learn from the tuberculosis experience. Without preemptive action, MDR typhoid could be the next deadly threat to global health. The current trends of H58 typhoid transmission show that this strain is not only stable, but also being transmitted to new countries. Typhoid must and can be addressed in a preventative manner to restrict the spread of MDR strains. Vaccines are available to prevent typhoid, but currently underutilized in endemic countries. These vaccines, along with a new conjugate vaccine currently being developed, have the potential to stop the spread of MDR strains and reduce the cost, impact and human suffering brought about by the disease.

The growing problem of drug resistance is finally getting the attention it deserves at a global level. At last year’s World Health Assembly, A Global Action Plan for Antimicrobial Resistance was launched. In April at a United Nations assembly, leaders discussed the implications of drug resistance on attaining the Sustainable Development Goals. The upcoming United National General Assembly in September will feature discussion of the system-wide reform needed to address the increasing threat of antimicrobial resistance.

This global attention is essential; however, more is needed. Beyond international meetings and the creation of new action plans, the global community must invest in surveillance, prevention and education to track transmission patterns and target intervention to high-risk groups. These measures are essential to stop the advancement of MDR typhoid to additional communities and countries and to ensure it does not become a worldwide threat.

Isadora Salles is an intern at the Sabin Vaccine Institute.