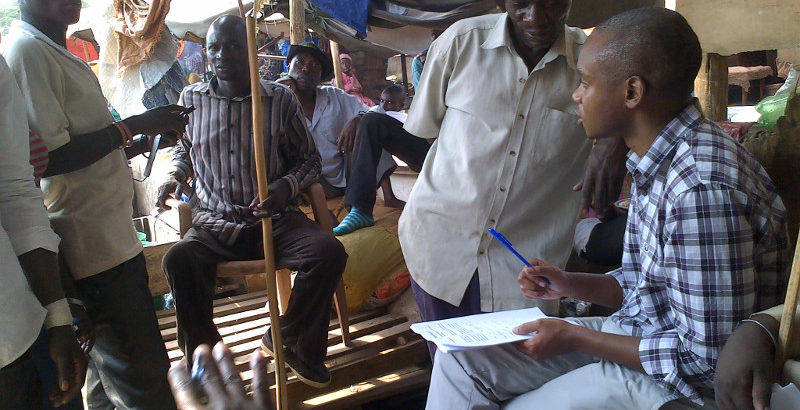 While travelling to conduct a health needs assessment in Uganda’s countryside, I began to feel unwell and visited the nearest health center. The health worker drew blood and tested for malaria and typhoid – two common infections in Uganda that have similar symptoms. My malaria test came back negative, but the typhoid Widal test was positive. Concluding that I had typhoid, the health worker prescribed a seven-day course of antibiotics. However, since my condition wasn’t severe, I decided to withhold the typhoid treatment until I could get a thorough checkup from my personal doctor. On returning home, I again tested for typhoid, this time using a blood culture test. It was negative. My doctor concluded that I was not experiencing typhoid at all, but work-related fatigue. He recommended sufficient rest and plenty of fluids and fruits. Within a few days, I was well without antibiotics.

In many health facilities in Uganda, typhoid is the most common diagnosis made following a negative malaria test. However, many of these cases are diagnosed using the very unreliable laboratory screening test that I was initially given, the Widal test.

Typhoid is an intestinal infection caused by a bacterium called Salmonella enterica serovar Typhi, and is transmitted through consuming food or water contaminated by the feces or urine of a typhoid-infected person or carrier. The clinical presentation of typhoid fever varies from a mild illness with low-grade fever, general weakness and slight dry cough to a severe clinical illness with abdominal discomfort and multiple complications. Since typhoid fever resembles other illnesses like malaria and tuberculosis, it is hard to diagnose clinically and thus needs laboratory confirmation using a blood culture test. Many of the laboratories in Uganda lack the capacity to conduct a blood culture test unless they are located in big hospitals or are privately run. The culture results are normally not available for two to seven days.

Because of non-availability of blood culture tests, health workers continue to use the Widal test for typhoid confirmation. A Widal test is a serological test that, despite its inaccuracy, is easy to use, gives results in a short time and is readily available and affordable on the Ugandan market. The Ugandan Ministry of Health and the World Health Organisation, however, do not recommend using the Widal test to confirm typhoid because it can give a false positive result in the presence of infections other than typhoid. In addition, the Widal test may remain positive for as long as six months after a true typhoid infection.

A Widal test can wrongly diagnose a patient, lengthening the time it takes for the proper diagnosis to be made. To make matters worse, a misdiagnosis can have impact far more people than just the individual tested.  Giving an antibiotic to someone who doesn’t need it increases the chance that this medication will not be available when another person truly needs it. In addition, prescribing antibiotics to a misdiagnosed patient may contribute to antimicrobial resistance (AMR). AMR is resistance of a microorganism to an antimicrobial medicine to which it was previously sensitive. Infections caused by resistant organisms require more expensive treatments, take long to cure and usually result into poor outcomes.

To more accurately diagnose and treat typhoid, Uganda needs to strengthen the laboratory capacity throughout the entire country in order to perform blood culture tests. With a stronger laboratory system, the country can respond more effectively to not just typhoid, but all diseases impacting the Ugandan people.

This post is part of Stories of Typhoid, a series sharing the impact of typhoid on families in endemic countries.