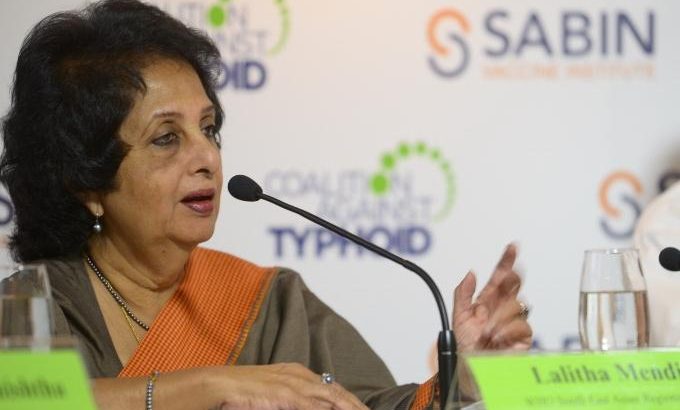 Over the past year, there have been serious typhoid outbreaks in Indonesia, the Philippines and India. These outbreaks are in addition to the endemic typhoid burden found in throughout Southeast Asia. To call attention to the growing number of typhoid outbreaks occurring in the region, health experts from across Asia and the Pacific will assemble at a press conference in Bangkok, Thailand, on Wednesday, 13 June 2012.

The press conference is being hosted by the Coalition against Typhoid (CaT), whose secretariat is housed here at Sabin. Johanna Harvey, Communications Officer at Sabin, is traveling to Bangkok next week to promote CaT activities and to help raise the drumbeat for increasing typhoid prevention measures. We’ll be checking back with Johanna throughout the week for the latest updates.

More about the press conference:

WHAT: A press conference hosted by the Coalition against Typhoid (CaT) to discuss the typhoid burden in Asia and South Asia as well as offer new solutions to combat outbreaks and occurrences. CaT’s mandate is to bring typhoid fever back into worldwide visibility and encourage governments to take action against this thriving disease.

The press event will take place ahead of the 15th International Congress on Infectious Diseases (ICID), in collaboration with the Infectious Disease Association of Thailand (IDAT), taking place June 13-16, 2012, at the Centara Grand in Bangkok, Thailand.

WHY: According to the World Health Organization, typhoid impacts an estimated 21 million people and result in at least 200,000 deaths annually, predominantly among preschool-age and school-age children in developing countries of Asia and Africa. Although safe, affordable and effective vaccines against typhoid fever are available and recommended for use by WHO, uptake is slow.